I’ll be honest. I woke up crying today. Apparently that’s natural for people who turn 35. It’s also natural at 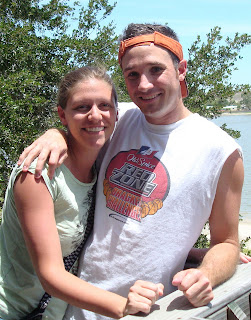 this age to, no matter how long you shake it out at the end, have a little bit of pee drip out when you pull your pants up at the urinal. Don’t fight it; embrace it. Fall in love with denim. But anyway, I did a little research yesterday and found out that Paul Reiser was 35 when he came out with Mad About You. Now I know this is just the first day of the year, but I don’t think I’m on pace to even have a pilot episode of my sitcom ready by the end of 2010. I’m probably more likely to get my pilot license.

So I started to think about how I meant to do something with my life by now. I should have been Paul Reiser by now. Even just his earlier stuff from Aliens and Beverly Hills Cop would have sufficed by 35. Heck, I’d even settle for Greg Evigan’s career (the other father from 2 ½ Dads). But instead, I’m toiling around in the obscurity of the Greater Columbia Stand-up scene at best, forcing intellectual humor on people who want dick jokes 5 minutes at a time. So what the hell happened?

Well, in the midst of my crying fit a couple hours ago, I figured something out. I don’t know Paul Reiser. 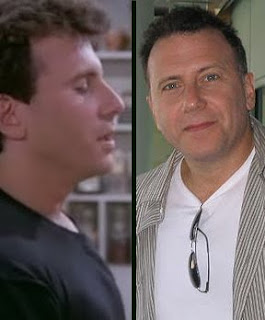 I don’t know his life. The real guy I fell in love with was Paul Buchman, his character on Mad About You. The one married to Helen Hunt (or I should say Jamie Buchman). That’s the guy I am. Every day. And Jen is my Jamie Buchman. I briefly fell victim to the Reiser/Buchman Inversion. This is what I aspired to be back in high school and college, Paul Buchman. That was my dream. Not Paul Reiser. That was a fantasy, and one I don’t even know that I’d want to live out. Though it would be nice to bang a young Helen Hunt. I still hold on to that fantasy.

So I controlled my uncontrollable sobbing with the realization that I am living out my fantasy. One of them at least. The one that involved two cats, not two hot college chicks dressed like them. And I’m not blind to the fact that this could all be justification and a poorly disguised coping mechanism, but I’m OK with that. The reality is that the alternative is spending 10-15 years of my life in poverty dedicated to busting my ass just to possibly make it in a world I’m not sure I’d enjoy – with no guarantee of success. And that’s just to give myself the best chance at success in the entertainment world. I could live out my happy Paul Buchman life and accidentally backdoor my way in anyway, maybe through this blog or forcing intellectual humor on people who want dick jokes. Who knows? And in case you didn’t recognize it, that’s the hope portion of the coping mechanism, necessary for survival at my age. That and denim.

“In show business, it takes 10 years to create an overnight success. You’ve heard that, right? But what you don’t hear is that that’s the exact same amount of time it takes to create a bitter failure.”

It only took me 2 years. Think of all the time I saved.