I’d like to thank everyone for their comments and “likes” and even just reading the posts about my dad this week. As an adolescent who thought it was cool to blare

Pac-Man Fever from my 8-D batteries boom box, I know that his coolness was a lot of the reason I had friends. He was a youth football coach, baseball umpire and all around nice guy to the Bridgeport community. I assume that most of my friends at that time were either using me to hang out with him (or Char) or they saw potential in me because of what he had become and once this whole pink hat phase ended, I’d be at least comparably cool. For the record, sorry to disappoint all those who believed the latter. You win some, you lose some.

As I mentioned before, my father was a football coach. MY football coach in fact, and during some of my most formative years. If you know anything about me, well you probably know about my respect for Wilson Phillips. But if you know two things, you know I’m a big football fan, as 35-year-old men probably wouldn’t voluntarily bang bodies with 23-year-olds 80 pounds their senior every weekend for a cause they don’t feel strongly about. But before I even had the opportunity to be coached by my father, I was almost scared away from the sport by Coach Yorgey. Picture Hulk Hogan from the 80s and don’t change anything and that was Coach Yorgey.

The first hour of our two-hour practice consisted entirely of Bull in the Ring, which is a “game” where everyone stands around in a circle with one person waiting anxiously in the middle scared to death and questioning why his sadistic father signed him up for this. Once the Hulk chooses your fate by calling out a name from the circle, that person and the person in the middle will just hit each other to the Hulk’s content. The man was nothing if not passionate about boys hitting each other. No lie – my first practice in pads for football ever, I was thrown into the ring against a guy who turned out to be our fullback, Craig Jones, and he hit me so hard I fell backwards and started rolling down the hill. I just used the momentum I had recently been given by Craig and kept going and did not return to practice. I can in fact still hear the Hulk laughing when I look down that hill back home. But this is not a story about him. That would take too long and I legally need my therapist present while rehashing those memories.

I shot the gauntlet and made it through relatively unscathed to a point where I was actually a fairly well-respected quarterback of an underdog team that overachieved. My father was now my coach. He thankfully did not share the same passion for such deathmatch games. He also unfortunately did not share the same knowledge of the game. I remember one time during his first year when he finally came to the realization as a coach that “we don’t have to try to score on every play.” Even at 9, I understood the concept of down and distance at a level that was apparently way over my dad’s head. That’s when I realized that we were in trouble.

But we had the advantage of being a father/son coach/quarterback combo. We had so many extra hours to talk and scheme in addition to the 10 hours a week we had on the field. And that’s when we came u 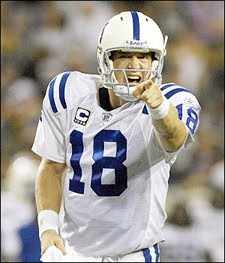 p with our signal system. As pee-wee football teams, we were not allowed to have coaches on the field anymore. Most teams would sub in and out a running back or an offensive lineman every play to communicate to the quarterback what play to call in the huddle. Well, our team only had 12 guys. And in the time it took to run the 30 yards from the sideline to the huddle, Georgey would forget the play at least half the time. So my dad and I came up with a system of signs where one half of his body were odd number and the other half were even, and the higher you went, the higher the number was. It was really a fairly simple way to communicate “26 power” into the huddle. My father, however, was not a master of this system which he created. Without getting into too much detail, he would call plays that didn’t exist and couldn’t exist. And more often than not, I’d look over at him trying to figure out what body part to hit – and he’d start and then stare into the air in thought and shake his head and start over – like he was on Password. Every play call looked like a man pantomiming “I just lost my keys.” So I was the only 9-year-old with complete play-calling control in the entire world. Suck that, Peyton.

One of my greatest moments in my life came when we were playing the King of Prussia upper-middle-class Indians. Our rivals. And this was for some sort of championship or at least that’s what I remember being led to believe. They showed up with about 32 people in 4 lines doing jumping jacks before the game. We had 12 scrubs farting on each other. And Georgey couldn’t find his cleats. Dad was better this game than he had been in the past with his signal calling. I remember being impressed that a disproportionate number of the plays he called actually existed in our playbook, whether they were the ones he meant to call or not. But toward the end of the game, we had one drive where we needed to score and it was currently 3rd and goal on the 5 yard line. 35 fake boot right option. I fake the ball to the 3 back through the 5 hole (left side of the line) and I bootleg right (nobody blocking for me) and have the end on the right side run an out pattern. I have the option to either run it or pass it to that one guy, who in this case was Mike McVoy. I’m not sure how he’s matured as a player since, but that would be the equivalent of calling a play for Todd Pinkston to win the game. Well, on this play, I decided to tuck it and run. Mike’s defender came off him and tackled me at the line of scrimmage.

4th and goal from the 5. My dad starts to send in the play. But I had seen something. Something to exploit in their coverage. And I was unfortunately going to 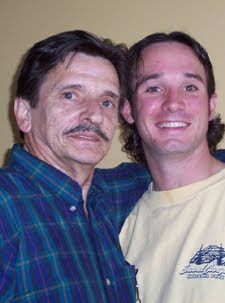 have to rely on Todd Pinkston to help me. I started to call the play. I could now hear my dad yelling. I ignored him. He sent Georgey in with the play. I waved him back off. He tried to call a time out. We didn’t have any. He was left with no other options but to hope this worked. Nor was I because an insolent act like that will be tough to be forgotten when it’s time for him to just play the father role of his father/coach combo. Hike! The ball was snapped and we ran the fake and I booted around to the right. Same play, same situation. I had the ball in my right hand to throw it, but Pinkston was covered. So I tucked it and started to run forward. Todd’s corner came off him to make the same tackle he made at the line of scrimmage last play. But I never took my hand off the laces. I pulled up and floated the ball like it was an egg I didn’t want broken. Touchdown. And Todd’s moment of glory. And behind the scenes, it was my moment of glory. For my father, through his own incompetence, had turned me into one of the only play-calling 9-year-olds of all time and I still remain one of the best back-up flag football quarterbacks in the Anne Arundel County full contact football league today. And the 35 fake boot right option does not work nearly as well as it does against 9-year-olds. Thanks for the skill set, pops.

Parts of this post may be exaggerated or completely fabricated due to the fallability of human memory and the need for me to brag about myself.