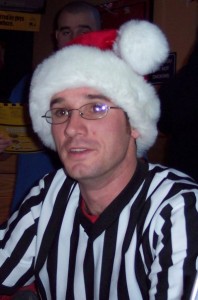 You’re probably asking yourself “Dustin, why are you doing this to yourself again this of all years? Don’t you have a weekly sports column, a bi-weekly storytelling column and a whole other blog? Oh, and an infant daughter who just started teething and won’t sleep for more than three hours at a time?”

While you have some very good points, the real answer is “Because I hate what my blog has become and desperately need to trick myself into changing it.” And please stop calling yourself Dustin. This is getting embarrassing.

I have some very strange rules about personal task completion that defy any logic I’ve tried to apply to the matter. On May 11, 2011, I decided to try to spice up my blog with a new topic. And that was to compare the last two movies I saw to each other in battle format. It was supposed to be funny and occasional. Instead, this turned into a 64-team bracket, lost almost all humor value and eventually took over the blog completely.

And nobody read them. And I don’t blame you.

So I decided I’d just review every movie I watched. This is less annoying and slightly more readable to non-Dustins, but still outnumbers all other entries by about 15 to 1 over the past year and likely doesn’t get any more traffic. Mostly because I don’t publicize it. Because I’m sick of it. But for some reason, because I’ve talked myself into doing this, I can’t stop.

Much like that month I got into Sudoku puzzles. I was doing them like Monk popped bubble wrap. I didn’t want to, and I even cursed myself while doing them, but I couldn’t stop. Meanwhile, I hadn’t done my homework, fed the cat or brushed my teeth in a week.

My compulsion was not only consuming all my free time, but also killing the already limited viewership of my blog. But knowing this had become a compulsion, I figured a way to counteract it. And that was to force yet another assignment on myself. Like an interrupt in Magic the Gathering, for you fellow dorks. Something I’d enjoy doing. That’s where The 12 Days of Giftmas comes in.

Over the next twelve days, I will write twelve posts related somehow to the impending holiday. However, because I already did this twice before, subject material may be getting a little thin. My ace in the hole is that you may see a repost or five among these. But at least it won’t just be a Sudoku puzzle you have to watch me complete.

So says Present Dustin. Future Dustin may regret Present Dustin’s desperate goal-setting techniques. But the two of them at least don’t have to ever talk to each other.

Spread the word, friends. It’s Giftmastime and Dustin, Rec Sports is in the Giftmas spirit! As long as it doesn’t involve money. Or time. Or Sudoku puzzles.