Stay with me here, folks. 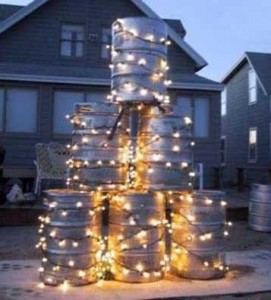 Every year just before finals, ZBT would throw a kickass party; ice luges, beer pong tournament and bacon-infused vodka shots. People would sneak into this party every year, even if they didn’t believe in the values of the fraternity. And the Zeebs didn’t care so much if people believed in what they were doing as long as they didn’t steal anything or puke on the coats; they still considered attendees at the party honorary Zeebs anyway.

Soon, EVERYBODY at school attended this party. Because of their huge numbers generated mostly through the party, the Zeebs got lots of funding from their national chapter and they were seen as the school’s biggest fraternity. They officially opened up their party to non-fraternity roommates and family members and then eventually everybody was allowed to attend. As long as they didn’t steal anything or puke on the coats.

What started out as a strictly fraternity function became a more open, campus-wide activity. Some people chose to participate in the ice luge but not the bacon-infused drinks for their own personal reasons, but nobody seemed to bat an eye over anyone’s specific fraternity affiliation. Besides, once the beer pong tournament started, nobody cared about who believed in what for the rest of the day.

This is a parable of sorts. Hopefully you got that. If you’d like to see a non-analogy version of this, I can’t put it any better than I did in 2010. Cheers!