For the second year in a row, the Oscars have gone with a 10-nominee field for Best Picture and a 2-host system. They still have no idea what they’re doing since Billy Crystal stopped hosting 7 or 10 or 13 years ago. But I like the 10-nominee format, despite the fact that the 5 not also nominated for Best Director will never win. These five movies should just be called the “Special Recognition Category” and there would be no winner. Thanks, Inception. You were brilliantly smart, visually ground-breaking and super entertaining. You get ringside seats to see The Social Network and The King’s Speech duke it out for the prize that you won’t get.

I made it a point to go see all 10 movies before the Oscars this year for reasons I’m not sure were very important. I guess I just wanted to pretend to be informed and sound snootier at an Oscars Party this year. Which I’m not going to. And sounding snooty to Jenn isn’t nearly as fun because she already knows I’m full of shit. But anyway, I ranked the top 10 Best Picture nominees in order of how good I thought they were, not who I thought would win. I asked Jenn to do the same so we could get the woman’s perspective and stole some info from Rotten Tomatoes to see what the snooty critics thought too. And yes, I was nice enough to compile all that info here on one blog post that no one will ever read. 1. Inception – It’s possible I’m being swayed by the brilliance of Memento and the Prestige, but this would probably still be my favorite movie if it was directed by the Farrelly Brothers. That’s a lie. Anyway, this is the kind of intelligence that people don’t put into movies anymore. He takes a concept and follows through with it with absolute precision. If you analyzed the dream within a dream concept of time, I’ll bet that it all adds up to what it’s supposed to, whereas most writers or directors wouldn’t care if there were little plot holes. Chris Nolan has done what I had hoped M. Night Shyamalan would. Except Nolan follows Memento with the Batman movies and a few other great movies, capping it off with Inception. Shyamalan had Unbreakable and then a bunch of shit (Lady In the Water? Really) that continually discredits The Sixth Sense. Transition from small budget intimacy to multi-million dollar blockbuster complete.

2. The Fighter – Apparently Mark Wahlberg has pigeon-holed himself into sports movies based on real-life events back in the 80s. But this one was more than a sports movie. This was more about addition than it was sports. I loved Geoffrey Rush in The King’s Speech but Christian Bale did the best acting job I think I have ever seen with his role in this. About 45 minutes into the movie, we find out that the HBO cameras shooting the documentary aren’t making a film about Christian’s comeback at all, but a movie about crack addition and it hit me like the reveal in the Sixth Sense. And that entire sequence played over Good Times Bad Times was awesome. You could feel the movie turn. I’m not sure how much of this was actually based on a true story, but that stuff doesn’t matter as much to me. This was great for many reasons. Go see it. 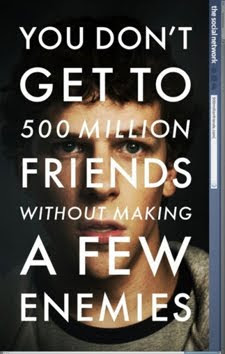 3. The Social Network – I’d have to check again, but I think this might be the best dialogue in any movie I’ve ever seen. It was fast, it was fun and it was smart. I was pleasantly surprised by this and I don’t think they made Mark Zuckerberg out to be an ass at all. Just a really justifiably arrogant and brilliant guy. I can relate. I just don’t think a movie about facebook can really win the Best Picture. If so, facebook has officially taken over the world. Congrats.

6. 127 Hours – Well, I reported on this movie at length already, but it’s worth seeing. Once. I think it was only nominated because somebody had the guts to make a movie which 75% of it was in one place stuck under a rock. 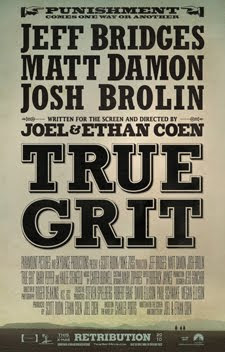 7. True Grit – Because it’s the Coen Brothers, I think I wanted to like this movie more than I actually did. It was fun in parts, but it was a remake of a movie that already exists and it was slow and boring for most of the movie. I don’t think it’s going to start a western revival. Hailee Steinfeld was nominated for Best Supporting Actress, despite having about 10-15 minutes more screen time than Best Actor nominee Jeff Bridges. They imagine this was because they wanted her to be in a category she could actually win. Can they do that? Aren’t there any fucking rules? If so, why not nominate her for Best Animated Short?

8. The Kids Are All Right – I need to start with the title of this. What the hell? Really? And they didn’t even play the Who song? I really liked that there was a movie about real life functional lesbians raising children. And I liked the message that life is hard. But they never really wrapped up the father’s character and I’m not sure what the point was. With the lack of a point comes the feeling that this was more like a series of things that happened rather than a plot. But cheers to the LGBT community. 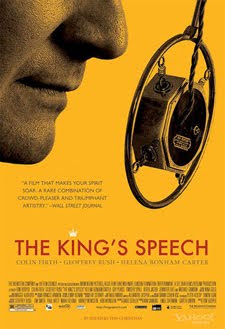 9. The King’s Speech – I was tricked at first too. I was enamored by the performances of Colin Firth and Geoffrey Rush. But after peeling that away and reflecting a bit, I really didn’t like this film. It took London’s – nay – the world’s darkest hour in history and made it about a man with a stuttering problem. It was uplifting to deliver the news that the world was ending. Hitler was a legitimate role model for a few seconds. It’s about triumph over adversity and I love that concept of trying to make yourself a better person, and it drove the point home by including all the elements that normally go into a formulaic underdog sports movie. Cheesy montage workout scene longer than any in The Fighter leading up to a climax of an ending on the grandest of stages. And the worst was the beginning of the second act when the writers forced an argument between player and coach to create drama. History has met formula in a triumph I couldn’t care less about.

10. Winter’s Bone – People aren’t just good or bad. They have different motivations that may blur the lines between what is conventionally right and wrong. There. I saved you 2 hours of your time. You’re welcome. Oh, and the deep south is fucked up. Like you needed me for that one.