Quote of the Day 16-Year Anniversary!!!

Happy Sweet 16th, Quote of the Day! Yep, that’s right. The QOTD turned 16 today, making it legal to drive in the United States, drink alcohol in France or walk a pig through town off his leash in rural Arkansas (with a note from one’s parents). And like most 16-year olds, the QOTD is barely recognizable now – having matured from a humble e-mail column highlighting stupid puns, which in its prime had about 380 people reading it daily – to a fully functional website with color and pictures and insightful, well-written social commentary which is probably read by about 1% of those people. I know. I need a marketing director. But that’s not what I came here to talk about today. Today is a day to celebrate.

Sixteen. I started this when I was 20. So yes, earlier this year, I turned 36 – a normally uneventful turning of a day on the calendar. But with my wit (need for attention) combined with my insecurity about getting old, I have found three fascinating points to dwell on and get depressed about, normally reserved for birthdays like 18 and 40. 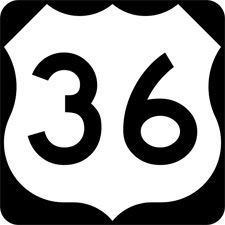 2. I am now closer to 40 than I am to 30. I could always picture myself still playing full-contact football at 30. But at 40? Maybe that’s why I get concussions and torn rotator cuffs when I play and can only play every 6 weeks. It’s starting to make sense. This doesn’t really mean too much in the scheme of things, but played out further, it’s pretty disturbing. This means I’m closer to 50 than I am to 20. So it’s more socially acceptable for me to go vote with a 50-year old than a 20-year old (by “go vote,” he means “copulate”). This means that all the college students that work with me – well, I’m closer to their parent’s age than theirs. Thank God I’m not single. That fact may have sent me off the Key Bridge. Or at least to the little blue pill. Also, I’m closer to 60 than I am to 10. Moving on. And finally, I’m closer to 70 than I am to 0. Less depressing from a dating standpoint, but not from a death standpoint. 70 is a pretty respectable number to live to. If I live to 72, this could very well be the exact middle point of my life. That seems like a moment that I should really pay more attention to, and odds are that instead of reflecting on things accomplished and things to come, I’ll be watching reruns of Two and a Half Men. Thankfully, the odds are not looking too good for me making it to 70. 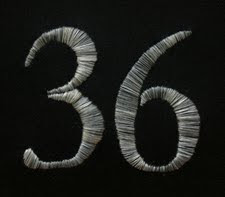 3. The girl I had my first kiss with now has a daughter who is as old as the first girl I ever had a cigarette with (and by “had a cigarette with,” he actually means “had a cigarette with”(after they copulated)). I’m still not sure how to process that information, but it once again gives me another reason to be happy that I found a wonderful woman who I am happily engaged to. Until she reads this.

So this is normally the part of the Anniversary Edition where I normally go through a brief history of the QOTD, complete with highlights and past year QOTD winners (when we had them). Sorry, but I think I dried up that well last year. Now that I’m planning a wedding, in the MFA program and getting concussions, time has gotten tight. I also don’t want to make a bunch of promises I can’t keep like I did last year. So instead, I’ll make a promise that I can keep, but I’ll break them anyway. Because nobody tells Dustin what to do, not even Past Dustin! So every so often, mostly whenever I feel like it and seem to have something left over in the both the tanks of Time and Creativity, I’ll post something. Actually, I’m still shooting for having a Top 16 of QOTD past every week. What the hell? Why set goals you can keep? Shoot for the moon, and even if you miss, you’ll be among the stars. Actually, that’s entirely false. You’re no closer to any star than here on earth, just lots colder and without atmosphere and likely ripped apart by dark energy. But I’m doing it anyway. Happy Birthday, buddy. And thanks for the memories.

1 thought on “Quote of the Day 16-Year Anniversary”