A Giftmas Tradition: The First Day of Giftmas 2011
That’s right kids! It’s Giftmastime already. And you know what that means? That means it’s time for Dustin to set some unreachable goals 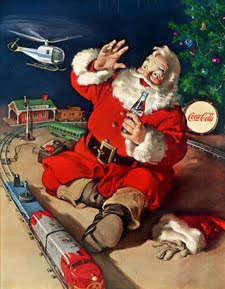 and fall way short of achieving them. So back by absolutely no demand, I will once again be writing The Twelve Days of Giftmas for all my loyal readers (Hi, Tom), starting today and ending on Giftmas.
So says Current Dustin. What will actually happen is probably something closer to a “post crap when I get around to it” model. But it’s fun to pretend. That’s why people wear hats.
And it just so happens that I have exactly 12 things to say about Giftmas! Unfortunately, I’ve already written about them back in 2009/2010. But I’ll figure out 12 other things to say. If not, I can always post videos of my cat.
You may be asking yourself “So, Dustin… Having already told us that you’re likely not going to be able to follow through with this promise, why even make it at all?” First of all, it’s weird that you call yourself Dustin. Cut it out. Second, it’s because I’m stuck. I started this thing back in May called the “Double Feature Duel,” where I would take any two movies I most recently watched, regardless of the time between viewings, and have them battle in a duel, with humor being the main objective. It was going to combine my passions for movies, humor, writing and competition. Brilliant! And it was. Still is. Some good humor and fun writing has come out of it. Then I decided to make it into a 64-team elimination bracket. Still fun, but as it turns out, a whole shit-load of work. Like paying job-type of work, only without the paying job-type of payment. I can’t write about anything else now. Unless I trick myself by setting another goal to displace that one.
That’s where this comes in. Another layer of commitment on top of the other one is enough to confuse me into writing things I want to and not things I feel obligated to. Since I’m the CEO of this gig, I just need to tell myself that something I want to do is now an obligation and Past Dustin has to put his Double Feature Duel on hold until completion of the new task. Which will likely be just as much of an obligation toward The Fourth Day of Giftmas anyway. Looks like I outkicked my coverage again. Oh well. Enjoy whatever the hell happens over the next couple of weeks. Or months.