I teach a college class to actual college people about how to be more intelligent. My particular passion is trying to 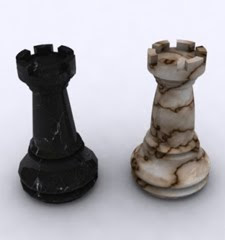 get the students to understand the importance of perspective. A mantra throughout the class, as all would agree, was “What is important?” It’s been a life-changing view that I’ve adopted thanks to a three-year sanity-deprivation experiment with Arnos and Seth. I’m proud to have a sign hanging in my office that simply reads “Stay Focused.” And yet, if somebody cuts me off in my car, none of that means shit and that dickhead has to learn.

I was reminded of my kryptonite last week on my way home from work when I was not just cut off in the sense that somebody swiped in front of me – but somebody decided to make a right turn from the middle lane onto a narrow road right in front of me. I was in the right lane making that same turn, but legally and safely. What this guy did crossed whatever line I had drawn in my head about what is acceptable in traffic maneuvers. And justice MUST find its way to him.

First of all, I had no idea what to do. I didn’t want to swerve into oncoming traffic to try to get around him. That would make me the bigger dick, enabling him to go home thinking “what a dick” and discredit my entire venture. I also might die, which would discredit a lot of things. Though I did look into the glass eye of a witch and that’s not how I go. So what choice was I left with? Flashing my high-beams? That doesn’t seem like enough. And we were coming up to my turn. I had thought of nothing. But there was no harm in following him until I figured something out, right? I had nowhere to be. And this is when I probably went a little too far.

I noticed that the driver was likely male and the passenger likely female. There was also a smaller person in the passenger’s back seat, the seat I almost plowed into as the guy cut in front of me from the middle lane. It was a Subaru Outback with a roof rack (I think that’s a standard Outback feature). So I surmised it was a married couple with their teenage or younger daughter in the back. And once I made it up in my head that the father was willing to sacrifice the life of the two women in his life to dangerously take what I learned was really just a shortcut, I was determined to serve up whatever my convoluted head had decided justice was. Which I still hadn’t figured out yet.

Now, I’m a reasonable guy. Like I mentioned, I was just seeking justice. Not wrath or divine vengeance. 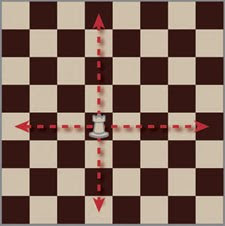 A rook for a rook; let the punishment fit the crime. However, I thought it should be my job to make sure he didn’t do that again. And as fate would have it, I had a few minutes on my hands. I decided to follow this guy home. Mostly for lack of a plan. This decision was surprisingly easy to come to. All I had to do was really not figure out anything else before I was supposed to turn back home. Once I was already following him and out of my way, what was too far? And I wanted to go far enough to make sure he knew I was following him or else, the project would be a failure and he’d be turning from the wrong lanes for the rest of his life and he’d pass that onto his daughter. And I couldn’t have this happen on my watch.

So here are some of the disturbing, however logical thoughts that went through my head during the next 7-10 minutes while trailing this Subaru around the back roads of Silver Spring, Chevy Chase and DC. I wasn’t sure if they knew I was following them. At first. After all, all I knew about him was that he was a reckless driver to begin with. But once he started swerving through left turns, signaling without turning and speeding up to get through yellow lights (I may have run a red light), I think he knew. Yet, I knew I wasn’t going to do anything so I wasn’t scared. I think that fear was the rook I was looking for. However, I started to get frightened for a second. But I figured if they were going to do anything crazy like get out at a red light with a baseball bat, they’d probably all have to agree to it. If it were just one person, I’d run the risk of that guy being crazy. But there are three of them and for all they know, I’m crazy. Shit, I’ve been tailing them for the last 10 minutes. They’d better stay in the car and try to run me out of gas. My entire goal of this activity was to hopefully make this guy realize that the next guy he cuts off might actually be crazy and it’s not worth the risk to his family at this point. That’s all. I’m not unreasonable.

It was about then that I realized that they probably caught on and my job had been accomplished. I didn’t want to necessarily follow them to their driveway. Well, at one point I should admit that I did, and drive by slowly so they definitely knew, pointing at them and putting three fingers up in the air to just confuse the hell out of them. Three what? Three days? Three times? Oh God, what have I done? But I didn’t want to walk into an ambush and I likely still had plausible deniability on my side should the cops show up. Plus, we were back on a road name that I recognized. So I let them turn off onto their (or likely some random) side street in peace. But I do know their tag number now. Though I have no idea how the hell I got there, so they’re probably safe anyway.

I got home and had to tell Jen exactly what I’d done, but not before I had a couple beers. She asked if what I had done had scared me. I was like “no, I knew I wasn’t in any danger.” But I knew what she meant. I like to think I maintained my cool the whole time, or at least I like to pretend I did. I guess the point of all this is that you shouldn’t go around endangering the lives of others. And if you do, prepare to suffer the consequences. Rook for a rook. I’m bringing vigilante justice to the roadways of the Greater Montgomery County area.