Somebody stole my identity. I finally made it! 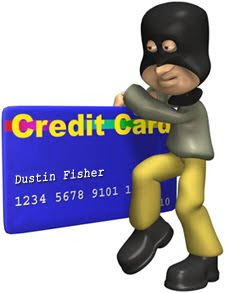 identity theft since it became a popular term about 10 years ago that ends in some version of “I feel sorry for them” or “Now they have a ton of debt and bad credit.” It’s stupid, but effective, however annoying for those of us who can’t even aspire to the smaller debt and better credit that a comic likely has. That being the case, this little act of thievery could be my lucky break.

It started last night when I couldn’t sign into my iTunes library to play “I’m Different” by Randy Newman. In this day and age, I have probably 10 different passwords for different things and my computer has been ill of late, so I figured I just couldn’t remember the correct password. But when I went to retrieve it, iTunes told me that my account didn’t exist. That’s weird.

Cut to the following day. I got a phone call from a strange number at 8:53am and they didn’t leave a message. I got another call from them at 10:53am and they hung up before I could get to it. Then again at 12:53pm. I don’t know what kind of program calls every 2 hours on the 53rd minute, but I was curious to find out. I was able to get to it this time. It was indeed an automated message, but it connected me upon my answer to the Bank of America. I’ve had things like this happen before. It’s never been good. I figured I missed a payment or accidentally didn’t use my home branch to withdraw money and it cost me an extra $1,500 and overdrew my entire savings account and they were going to start seizing my assets, which at this point in my life is basically a television and half a container of sushi rice.

Nope. They told me there was some suspicious activity on my credit card and wanted to know if I made these purchases. I’ve gotten this phone call twice before, both times it was me. Once I had used a couple different ATMs to download the last $600 to buy a car that wasn’t even worth that much. Then I was called because I kept mysteriously buying gas at these stations all along route 70 every couple hours or so from Cincinnati to Baltimore. Weird, I know! But at the inconvenience of a phone call, I wasn’t too upset. This time, however, I think they were onto something.

I had allegedly made two purchases earlier that morning for $41 and $45 on iTunes. That rung a bell. They may be onto something here. Last night made a little more sense now. So what I surmised is that somebody hacked into my iTunes account and that only. Or else they made some really specific decisions with the credit card info they had. The end result of that conversation is that they would take those charges off my credit card (which were the only fraudulent ones made) and they’d cancel the old card and issue me a new one. Sweet. Back to normal.

However, I logged onto my Bank of America account today to find that the savings and checking 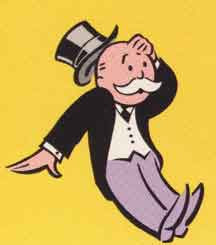 account were still there, but the credit account was gone. I’ve lost my wallet several times and needed to cancel my credit card and have them issue me a new one, but I’ve never had an account disappear like that. And if $10,000 in debt just disappeared because of some bank error in my favor that isn’t in a game of monopoly, that would be the best thing that’s ever happened to me and don’t tell Jen I said that, because I’m not kidding. I love you, honey – but $10,000 in debt just vanished? That’s the kind of miracle only Fletch could pull off. Guess I probably should have banked with Chevy Chase (groans are welcomed and somewhat encouraged at this point).

Just in case it was the unwitting error of some intern, I’m not making a financial move. No debit charges, no downloading money, no logging onto my account for a while. I’m lying completely still like I was being attacked by a black bear. Or a brown bear. Or a polar bear, whichever one you’re supposed to play dead around. Wait. Brown, lie down – black, fight back. OK, scratch that. Make it a brown bear. A huge brown bear who is not going to eat me, but looking to give me my $10,000 in debt back. It’s about now, I realize I should have used a different analogy. The point is, those hack comics who all say they want somebody to steal their identity to inherit all their debt. Well, I may have the opportunity to live it. Which serves them right for being so much less funny and yet still having more stage time than I do.