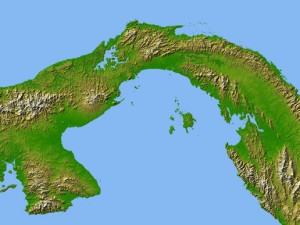 It has come to my attention that not everyone accepts the term “Giftmas” in the fun-loving manner in which I think it should be taken. In an effort not to start any holy wars merely for the sake of creative freedom, I will be changing the name of my recent three-year tradition of “The 12 Days of Giftmas” if I bother doing this again next year. But to what? Good question. Here are some thoughts.

The 12 Days of Festivus: Yes, it’s less offensive than transposing the word “Gift” for the word “Christ” in the already existing holiday, but it doesn’t have that assonance to it that gives the term an upper-level parody-type atmosphere. Instead, it just makes me look like more of a Seinfeld fan than I actually am. But I could change it easily to “The 7 Days of Festivus” since I’m going off the grid anyway, which would make my job almost twice as easy. Or even just “The 2 Days of Festivus” if I’m feeling particularly worthless next year.

The 12 Days of Quotemas: This is what it was originally called back when I first gave it a run in 2006. Of course, then I was writing “The Quote of the Day” and it is now no longer a quote of the day. So that would just be a salute to the history of what the blog used to be. Which is fine, seeing as how I like to live in the past, but also misleading to the two or three people that actually read it. Thankfully, I’m pretty sure that replacing the word “Christ” with “Quote” is not nearly as offensive to Christmas enthusiasts.

The 12 Days of Isthmus: This title may also be a little deceiving for what I’m trying to do. Or maybe I could just post pictures of the best narrow strips of land that connect two bigger land masses for the better part of two weeks. SPOILER ALERT: Panama is going to be in the Top 5.

The 12 Blogs of Christmas: Maybe I’ll embrace the fact that I actually celebrate Christmas next year. I’m sure at least one post will be a nod to how more than just Christians celebrate Christmas, but that’s what it is, so why fight it? Because it’s not funny, that’s why. Or maybe I’ll call it The 12 Blogs of Christmas*, complete with the asterisk. But that may offend some people too. Which brings me back to…

The 12 Days of Giftmas: It wasn’t meant to be offensive. I think most people still know that. The fact that I even aspire to do this for the limited readership in the very limited time I have is a personal goal I don’t need to burden myself with every year. But it’s something that helps me be creative that I enjoy doing, so what the hell?