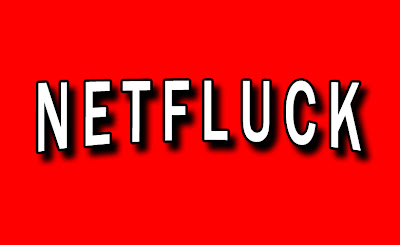 But not all of it.

I am unqualified in every way to speak about owning a business, but last I checked, Netflix is a for-profit company whose mission statement likely has nothing to do with charity to the underpaid public. And yet over 67,000 people have posted comments on their facebook post about the rate increase. Wow. They may not all be sophomoric flailings at an invisible piñata since I only read 7 of them, but I’m guessing it doesn’t get much better. The poor, scorned consumers are whining about business ethics to a deaf, capitalist superpower. They provide a service that has proven to be valuable in this society. Heck, I’m surprised it took them this long.

So now what? What’s the plan? You gonna get all emotionally dumb and dump them just to prove a point. That you don’t need Netflix. And maybe they’ll show up at your bedroom window with a boombox playing an overrated Peter Gabriel song? Well you go ahead, Ione Skye, but I’m going to think with my head, not my bruised whatever. Because I don’t get upset just because everybody around me gets upset, which is really all this is, you know. Sorry you’re that emotionally insecure, but I think the outcry is what is causing the outcry.

OK, getting back. You drop your Netflix service. Then what? Redbox and Hulu+? Probably $16 a month right there. And you figure out how inconvenient Redbox really is. Or you only watched 23 streaming movies last year so you can do without that piece. But now that you don’t have access to every Quantum Leap episode whenever you want, you REALLY need it. I know. I was there too. Maybe Blockbuster? I think it’s cute they’re still trying. Maybe this will open up the door for them to mount one last dying grasp from the grave. But for now, they still don’t have that online element either. And I doubt they could mount a legit counterattack anyway with all the movies that Netflix has probably under contract. Illegal torrent sites? If my work computer didn’t double as my home computer, I probably wouldn’t even know about this Netflix situation. If you’re up for the gamble, enjoy.

So here’s what’s really gonna happen. You’re gonna get pissed and drop Netflix. You’ll likely survive on the return of the fall TV season for a while. Maybe even football will be back. But there’s gonna be a moment. Because you won’t be able to find the original Planet of the Apes anywhere. ANYWHERE. Seriously. And tail between your legs and maybe saving some pride because you held out longer than your sister-in-law, you’ll be back. Because $16 a month for what they offer is still a flipping good deal. And they know it.

But I understand that you’re upset because of the way they delivered the news. They didn’t pretend they were introducing any new features and we hate it when people treat us like adults. They should have told us that each subscription came with magic beans and then backtalked their way out of it when they didn’t work. That’s the American way. It worked for Comcast.

Excuse me. I mean Xfinity.

So go ahead. Whine and complain if you want. Drop the service if you want. Write “GO NETFLUCK YOURSELF” on the return pouch if you like. But get used to not having a say in everything that you rely on. It’s immature and egotistic. They don’t owe you anything. And as of September, you owe them another six bucks a month, which is really only one less trip to Starbucks.