Used or Mused?
My Web Design teacher is also the chief webmaster (or something) of the new interface (or something) for Project MUSE. What is it? It’s a way to look up books and articles online. But only on the Johns Hopkins database. So it’s like looking up all species of animals by going to an aquarium. Except, for internet research. 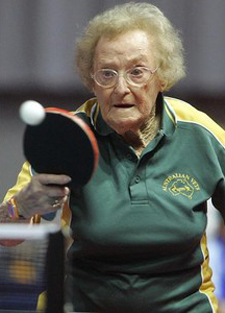 So my teacher has decided to take our class and make us unwilling participants in have us be a part of a study on the usability of Project MUSE. Kinda like how I had my Sports Officiating class come to my apartment and hook up my illegally acquired DVR. There’s definitely some topic-specific learning going on, and possible more than in my example – though I mostly recorded Around the Horn and PTI. It’s actually more like how I would practice my stand up material on my IDIS class. What were they gonna do? Leave? So yes, I feel a little used. But not so much that I don’t like it.
I drove to campus on Tuesday after having completed the “usability assignment” and there was a gentleman on the curb near the parking garage with a bright yellow shirt on that simply read “MUSE” on it. He was waving at traffic. I had no idea Project MUSE was this huge. Suddenly I felt a part of something much bigger. Then I found out there’s a guy named Muse running for city council. That makes more sense.
Why am I writing about Project MUSE? Because one of the lovely ladies behind the project who majored in librarian studies and gave up way too early on my Dewey Decimal trivia question said that every time someone writes on the internet about Project MUSE, she gets pinged. That term is apparently not a euphemism for anything sexual or sport-related like I had originally thought. So I am testing out the reach of the internet to find out if my puny little blog is going to ping the nice librarian lady. (It really does sound dirty, doesn’t it?)Anyway, here you are, Tosheena. If you get this and that means that my blog is one of the top million websites in the country or whatever, I’d be delighted to hear about it. You can ping me at dustinrecsports@gmail.com. If not, at least remember Isaac Asimov.