One deadline made, one deadline broken. Oh well. Last I checked, this was free for everybody so we’re gonna go ahead and forgo that “every weekend” crap and just say I’m gonna try to get this out once a week.

And before I begin, you need to know something. I apparently wrote A LOT in the last 15 years on this QOTD thing. I guess I knew that, but just not to the extent that it actually was. I have these saved by “season” for the most part – not individual files, and the 99-00 season is 131 pages long single-spaced. And a lot of it is real crap. I can’t believe you guys actually pretended to be that interested in my life. The things I thought were funny. Jeez. But there are still a lot of incredible gems, as you’ll hopefully agree with soon. Anyway, there were too many great quotes to just pick 15, so I split them up into themes. This week’s Top 15 in 15 are the best 15 quotes about yours truly, as I’ve been the subject of some harsh and thusly humorous ridicule over the last 15 years (really, the last 35, but my records only date back to 95). So without further adieu (and without repeating anything you may have read last week), have at it. 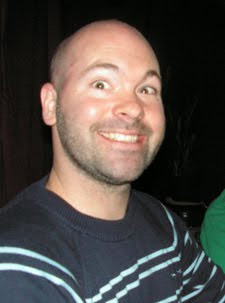 So anyways, I was talking to Dan after I had stayed up all night for no flippin’ reason about the trail of ex-girlfriends I had and the things they had in common. I started relating what they had in common to the color of their hair. I told him that all of the blonds I dated did one certain thing after we broke up, and the one redhead I dated turned gay when we broke up (and no, I’m not proud, and I didn’t do it completely. She was already bi). To this, Dan replied…

“OK, you’re not allowed to date anymore redheads if you’re gonna waste them like that.”
-Dan (the guy who drinks a whole hell of a lot) Gregory

…At any rate, this quote comes from a friend of mine who beat us in soccer last semester. I was walking around in shorts and he is always baffled how I don’t get cold. So he asked me if I was cold, and I told him that the temperature is all in your mind. To this, he responded…

“Yeah, but I’d hate to have to walk around thinking all day.”
-Shawn Something

The best argument yet for me to wear pants.

…I wore my favorite shirt into the dining hall (the button down one that is mostly skittle green, but has about 4 other gaudy pastel colors in it that don’t match each other), and ran into quite a few people who haven’t seen me in the shirt before. Jason Yankus, a pretty good friend of mine, saw me for the first time in about a week – with my shirt on – and of course a bright pink hat to accompany it, and the first thing he had to say to me wasn’t “Hi” or “What’s going on” or anything like that. He just walked straight up to me and said…

That still doesn’t equal the damage Andrew’s face can do under a normal light. (Bring it on, Proz!) 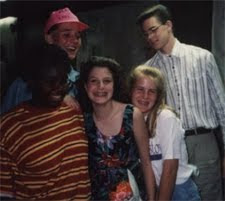 Alright, I’m late. I gotta go. No time for wit. If you all know me, and you all do, you know I wear a pink hat most if not all of the time. Well, I was wearing this hat one day that isn’t quite neon pink, but more purplish than most people are used to. My friend asked me what was wrong with the hat. It wasn’t bright pink like the rest of them. I told him I was sort of depressed that day and wasn’t in a neon pink hat mood…

“Well, that’s not too bad if the most depressed you get is lavender.”
-Crossover Manser (friend from home) 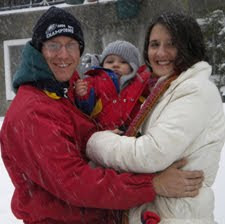 My sister and her boyfriend were rolling through town in their RV a few months back at the same time I was having my old man D league softball game, so I asked her to stop by and the following conversation ensues between the two of them…

And I’m not even good.

Well, today was another Pimp Daddy Day. It was even Pimp Daddier than it was yesterday. Kate and I were sitting on the little ledge outside and talking about how I don’t have any balls or guts or anything. Then I looked up and saw a cute girl in the parking lot. I asked Kate how much money she’d give me if I just brazenly walked up and kissed her…

“I won’t give you any money. I might even give her a few dollars.”
-Kate

I know I’m late and I promise this won’t become a habit, but I was asleep until ten today. Tonight. Anyway, this quote comes to us all the way from PA, from my friend and unpaid psychologist, Brian Reagan. Every time I go home and seek advice about my life, I always consult him. And he’s usually right. A lot of you have heard this quote before, and I’m sure you’ll all appreciate it. This is just a little piece of advice he gave me before I left for school:

“You worry too much. Life’s not that important… Especially yours.”
-Brian Reagan 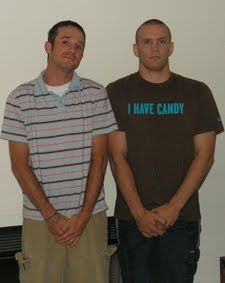 So I’m now addicted to this new board game called Settlers. It’s overwhelming characteristic is that you can’t explain it to anyone else. It’s a board game somewhere between Risk and Civilization, and I’m going to leave it at that for now. I play this game with John and other people my age a lot, but now that I bought it myself I’ve introduced it to my college friends and I found myself on a Monday night/Tuesday morning playing it in the lounge of a dorm until the sun came up. That was a serious déjà vu. Probably because I had just done it the previous Saturday night too. But it was also a reality check for me. I was hanging in the lounge with two 19-20 year old sophomores when this came out. I know this comment was made with the intent to demean himself, but he did a pretty good job of deflating my self-worth in the process…

“I need to get a life. It’s a Saturday night and I’m in the lounge playing a board game with my RA and a 27-year old man.”
-Colin Fergus, adolescent child

Well, at least he called me a man. 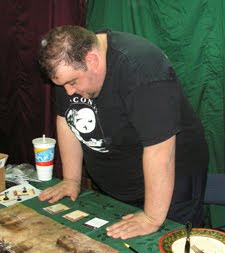 e college crowd. That didn’t help. At least now I feel like WE’RE old, as opposed to just me being old. Anyway, we’ve been getting together to play these games like Magic and Elvenland and the Bean game recently. We try to do this once a week and in the process I have realized that all these people still hung out with each other even after I stopped hanging out with them. I don’t know why I expected the entire crowd to lose touch just because I did. Maybe that’s a testament to how self-centered I am. But enough about me – We got together and I started asking about all these people and realized that I was so far out of the loop with my old 3rd South crowd. To this, Scott very appropriately responded…

“Well, that’s because you’re the only one who stayed in the loop.”
-Scotty Too Hotty

I was over at John’s apartment and we were studying for our mid-term (complaining about how we’re losers going nowhere), and I saw all of his D&D books, and I mistakenly thought I could insult John and get away with it. Well, here’s the consequence… 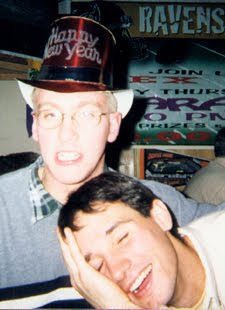 Anyway, for those of you who don’t know, I am now a certified drunk. This past Friday marks my third time ever. And I was weird. I didn’t have a hangover. I think I actually woke up still drunk. Apparently, that isn’t as uncommon as I thought it was at first. I was sober enough to still whoop some Good Joe ass at tennis though, let me tell you! But I think Joe put it best the following day when he wrote me back. He’s been my friend for about 6 or 7 years now, and has hung out with me more than anyone on this list, but has never seen me drunk until that night…

“It was really weird to see you like that… drunk, on top of being Dustin already.”
-Good Joe

In other words, I’m drunker sober than a normal drunk is… Whatever.

On the plus side, while I was out in Oregon, I got a dose of self-realization. Not necessarily in the spiritual sense, but my friend’s wife pretty much put me in my place in the most exact way I think I’ve ever been described, word for word. I was trying to defend the point that I was relatively laid back when I’m not with Kevin, Joe and/or Mike. Kevin didn’t buy it. Tanis hasn’t known me since middle school, so she was more apt to believe…

“Well, I guess you have the potential to not be this spastic all the time.”
-Tanis, holder of the whip

I have the “POTENTIAL”… not to be THIS spastic… ALL the time.

This quote came a while back from the day that I went to my RA interview. As you know, every time I have to do something formal, I run around the night before borrowing clothes that are respectable enough to wear from anybody willing to lend them to me. And from all of these, I can generally make a decent looking outfit. Anyway, I stopped by Sedge’s room seeking a little fashion advice, and he started telling me to match shirt to tie, and tie to belt, and belt to shoes… 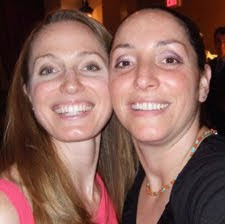 I’m pretty sure I got ripped off by the gas station in Philly for the gas can. It’s kinda like a tow truck. They can overcharge, because they know you need the service. I have an idea for a way to make my millions. But anyway, I was pissed about it…

OK, Rendé. You win this round. 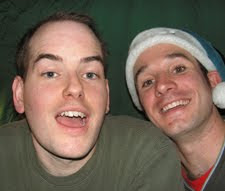 The following quote was actually taken directly from John’s wedding program and the reason I am using it is because it describes my relationship not only with him but also the other 249 people on this list. Anyway, so John had a few sentences about everybody in his wedding and here is an excerpt from mine…

“…Dustin orbits in and out of my life at regular, comet-like intervals…”
-John and Rachel’s Wedding Program

If that doesn’t describe my relationship with you here, then it probably will once you graduate from UMBC.

So there you have it. Only one repeater on the list and go figure it would be the sharp tongue of the former roomie. Nothing from Mike, Kevin or Tony though, surprisingly. But don’t worry, there are still plenty more weeks of this to come. And they’ll likely pop up as early as next week in the Top 15 Improvisational Quotes of the Last 15 Years.

2 thoughts on “Top 15 Quotes about Dustin”