Welcome to the Double Feature Duel page! This was not supposed to be this big, but it is. So now I feel the need to dedicate a page to this no-longer casual endeavor of mine. I was simply going to make this 68-movie bracket and have them compete against each other. It didn’t dawn on me until later to have people fill out brackets. And it didn’t dawn on me until after I received a bunch exactly how much work that would mean for me. Oh well. That’s my burden. At least it will be over before football season.

The Players
I had 19 people fill out brackets, which is pretty awesome. It should be a lot of fun, but also a lot of work. Therefore, I will be updating these when I get around to it. If my daughter sleeps through the night.

The Miami Quadrant just wrapped up its first (second) round. Check out the results after the first 8 games. Congrats to the two perfect scores (Annie and Jeremy D) and some of you aren’t in such good shape. But there’s always still hope. Unless you lose your champion in this round. Then there’s problems. Good luck! 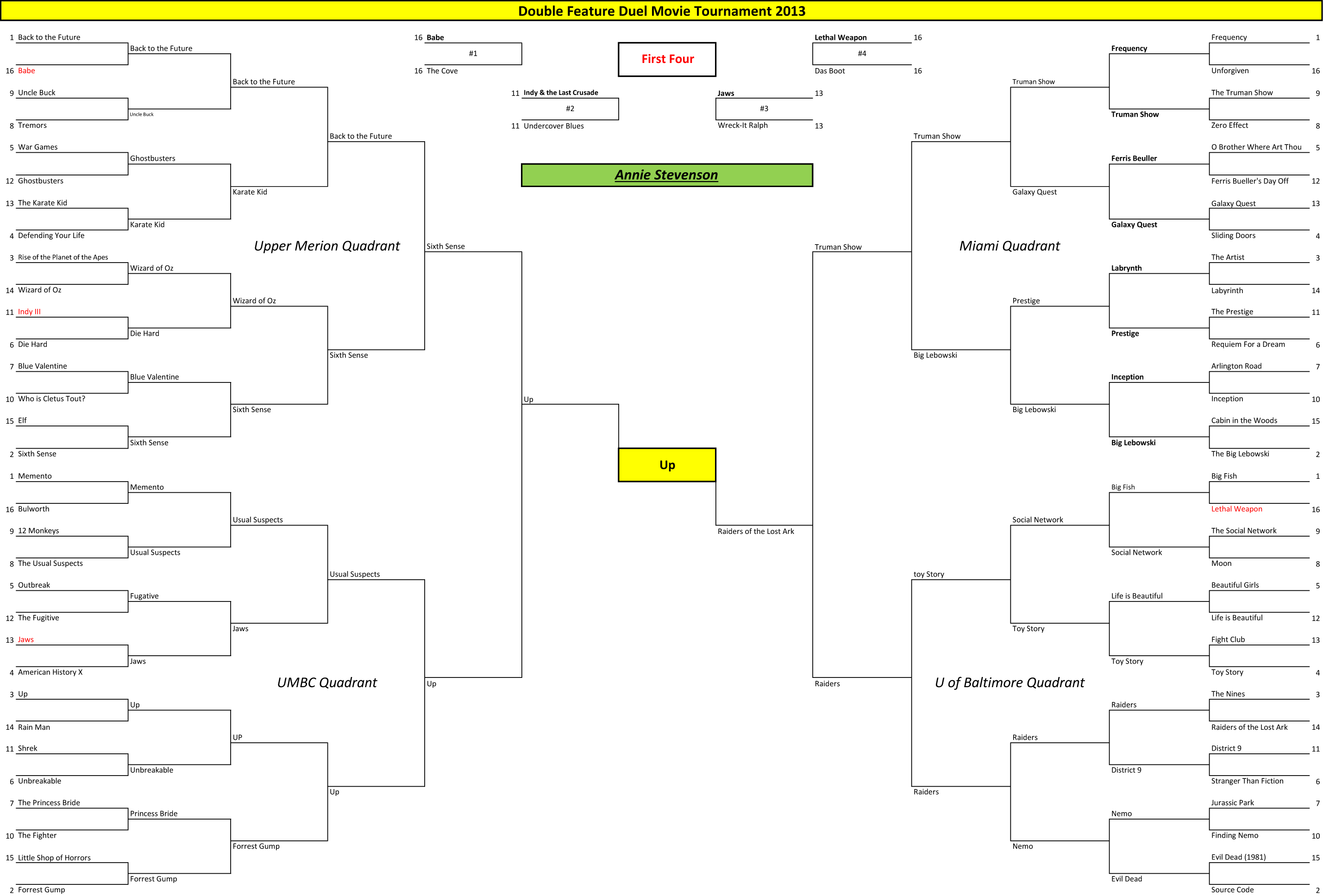 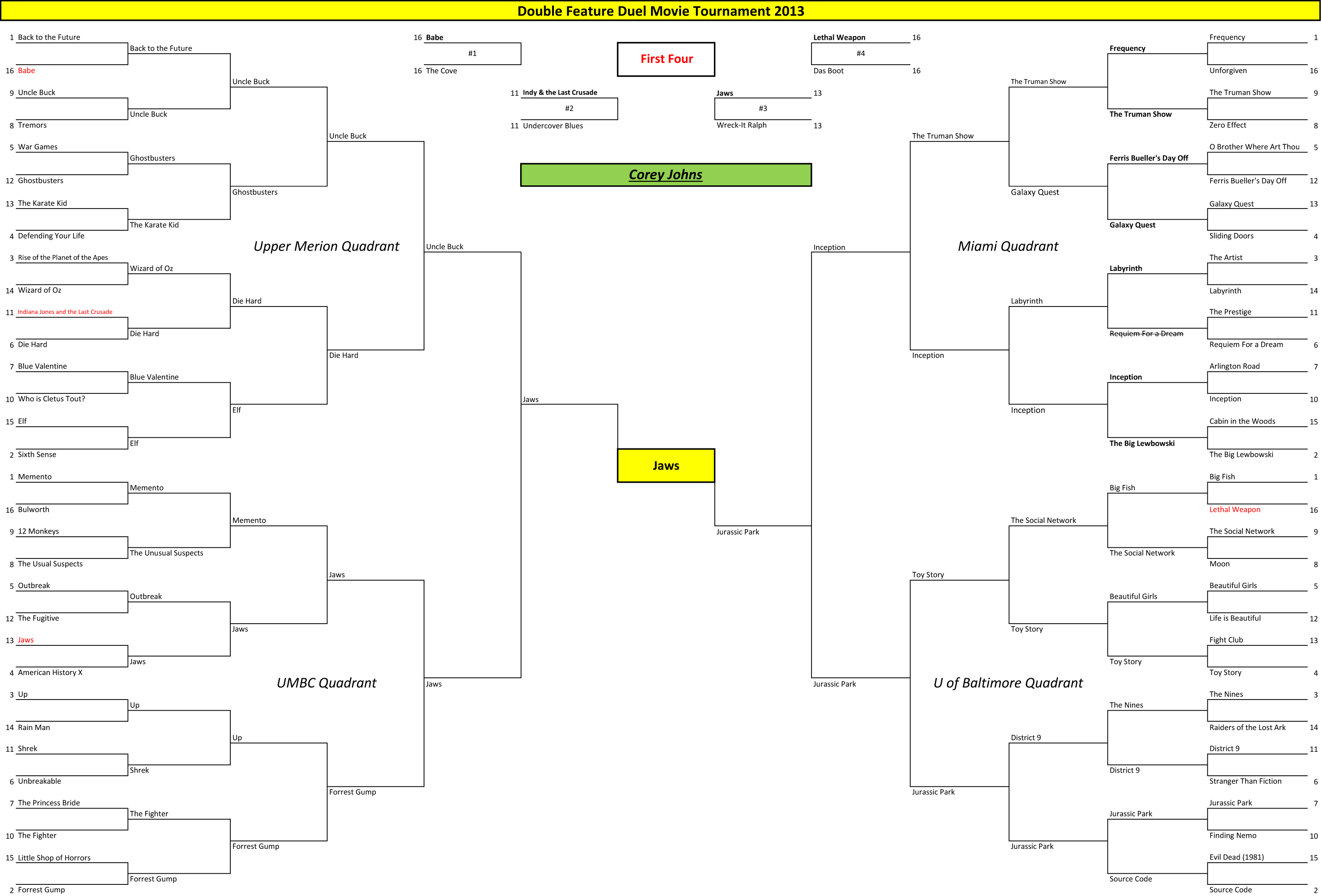 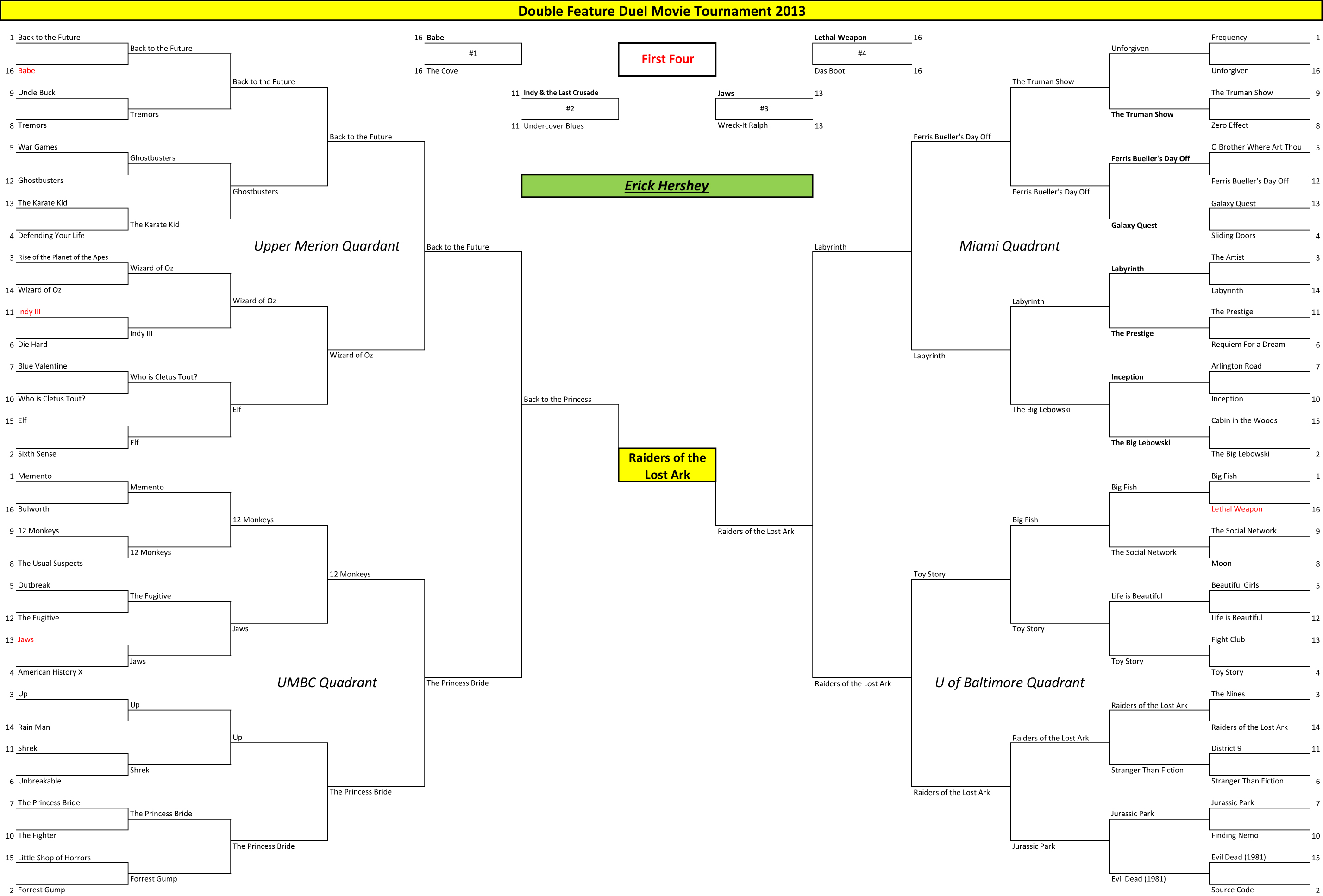 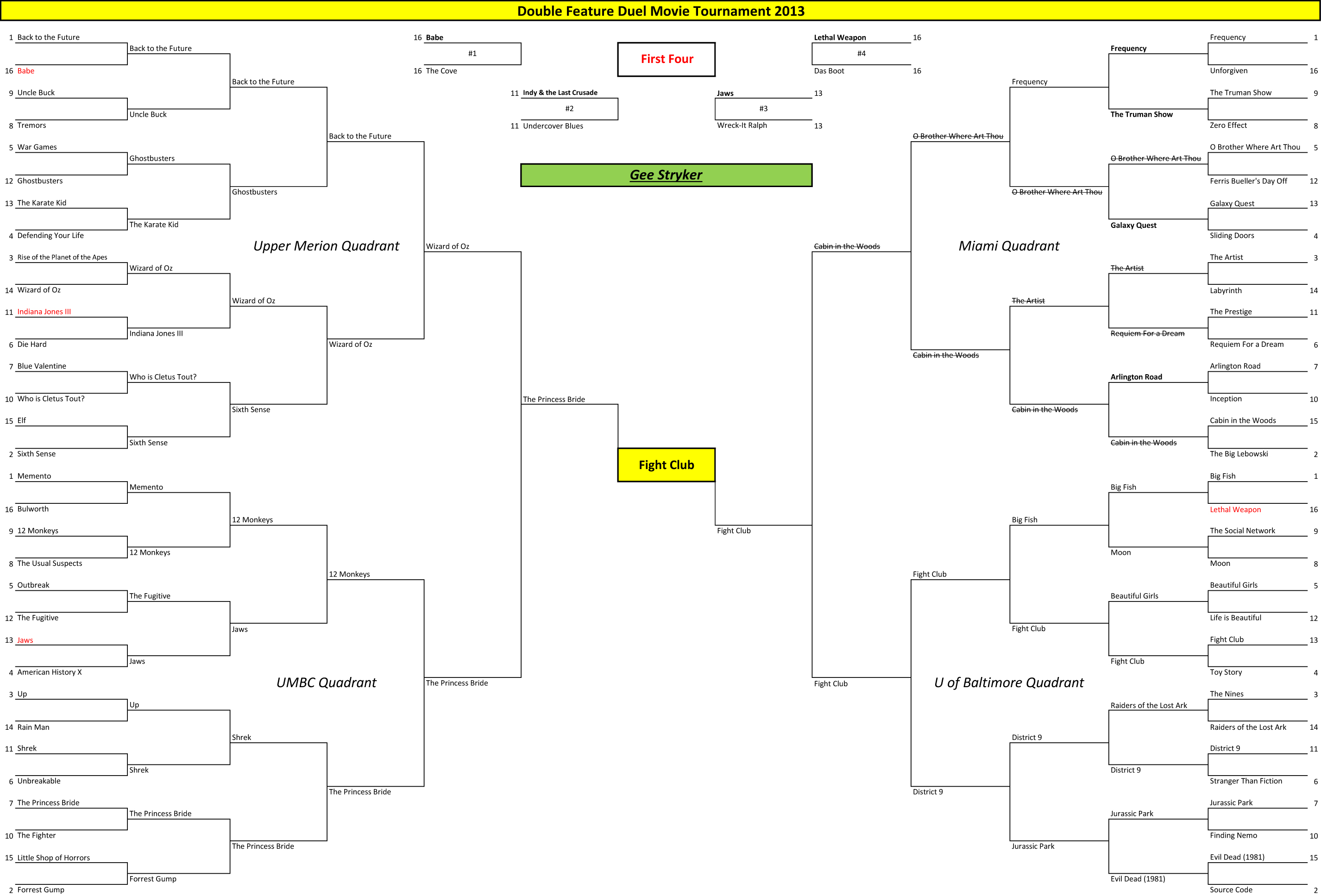 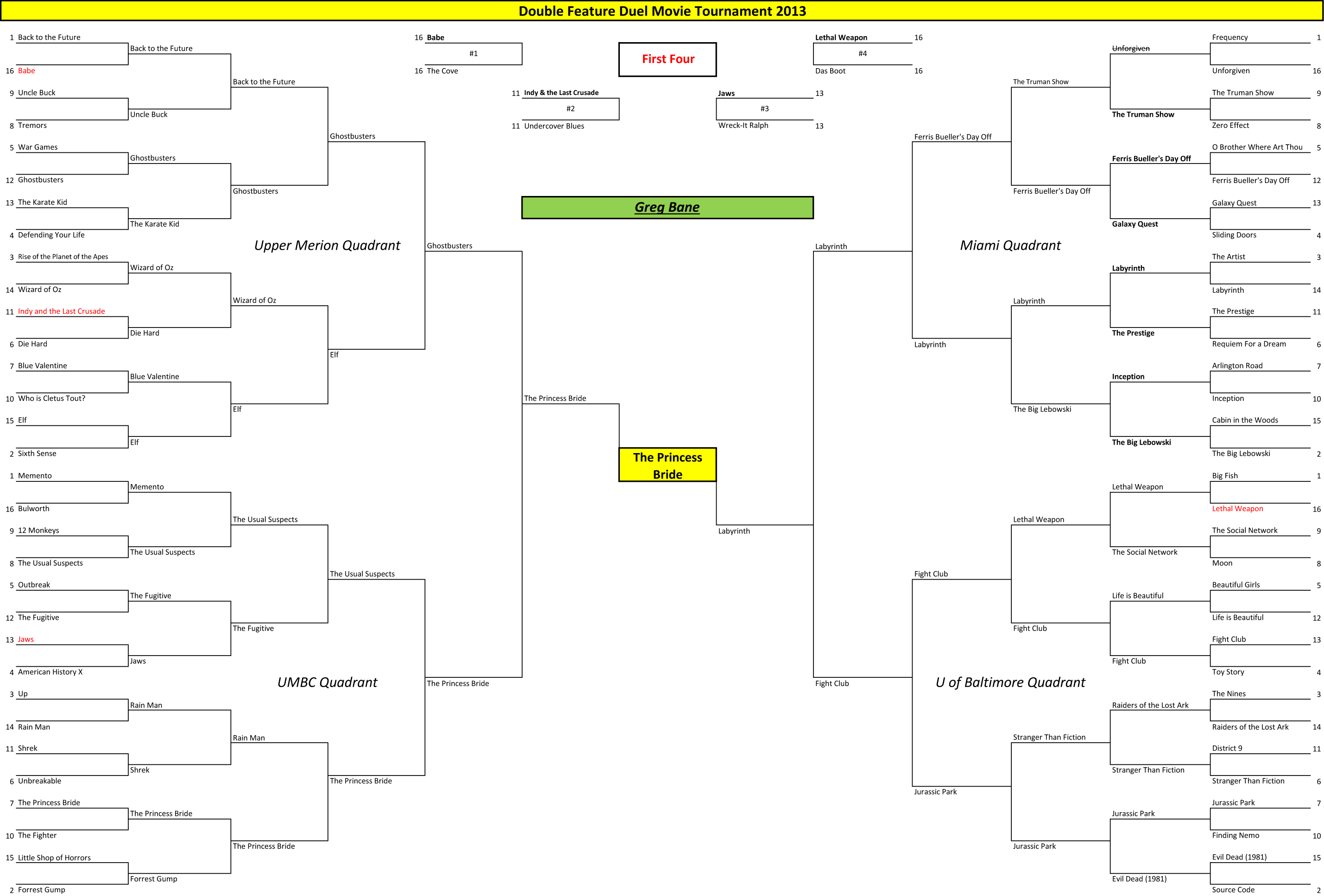 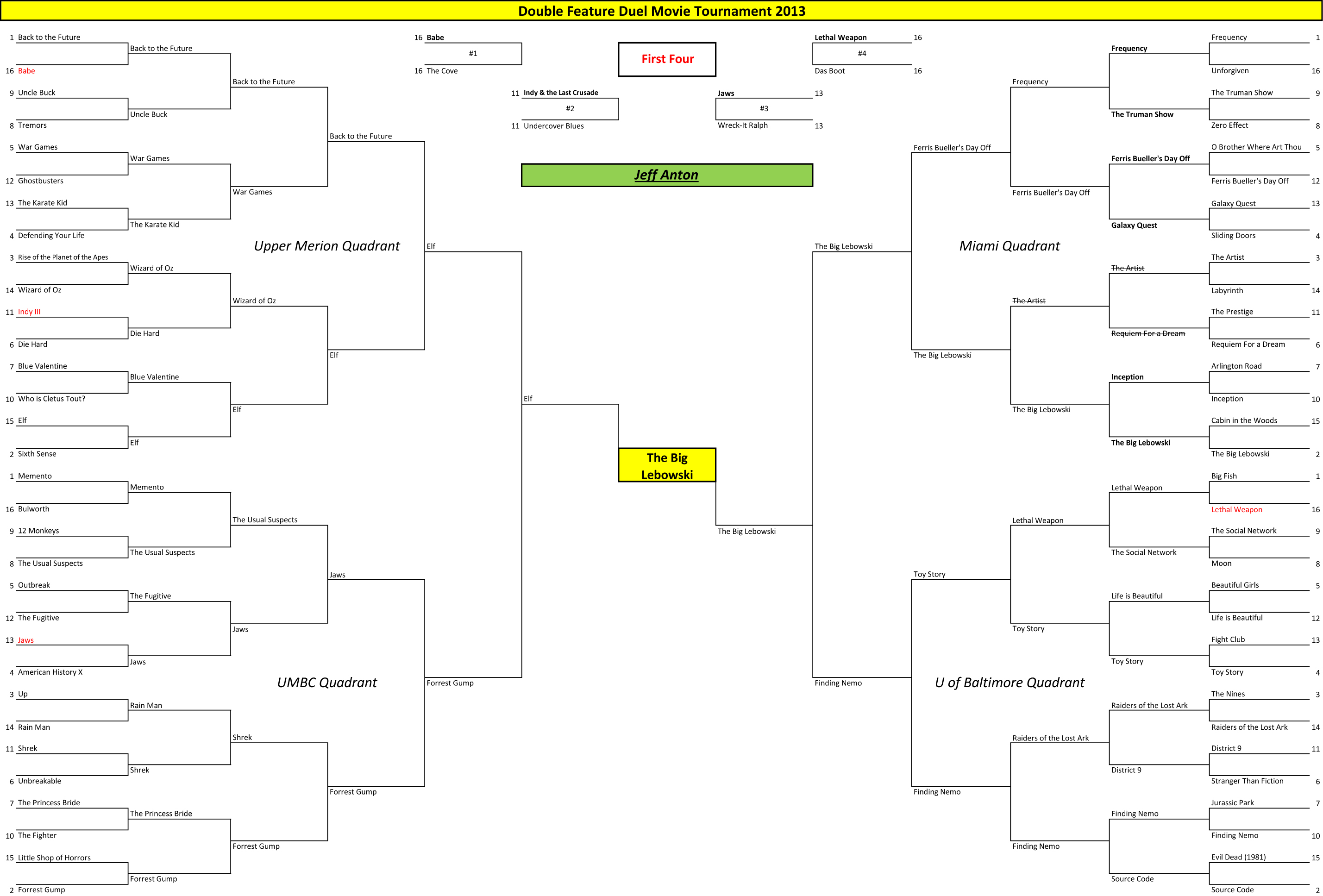 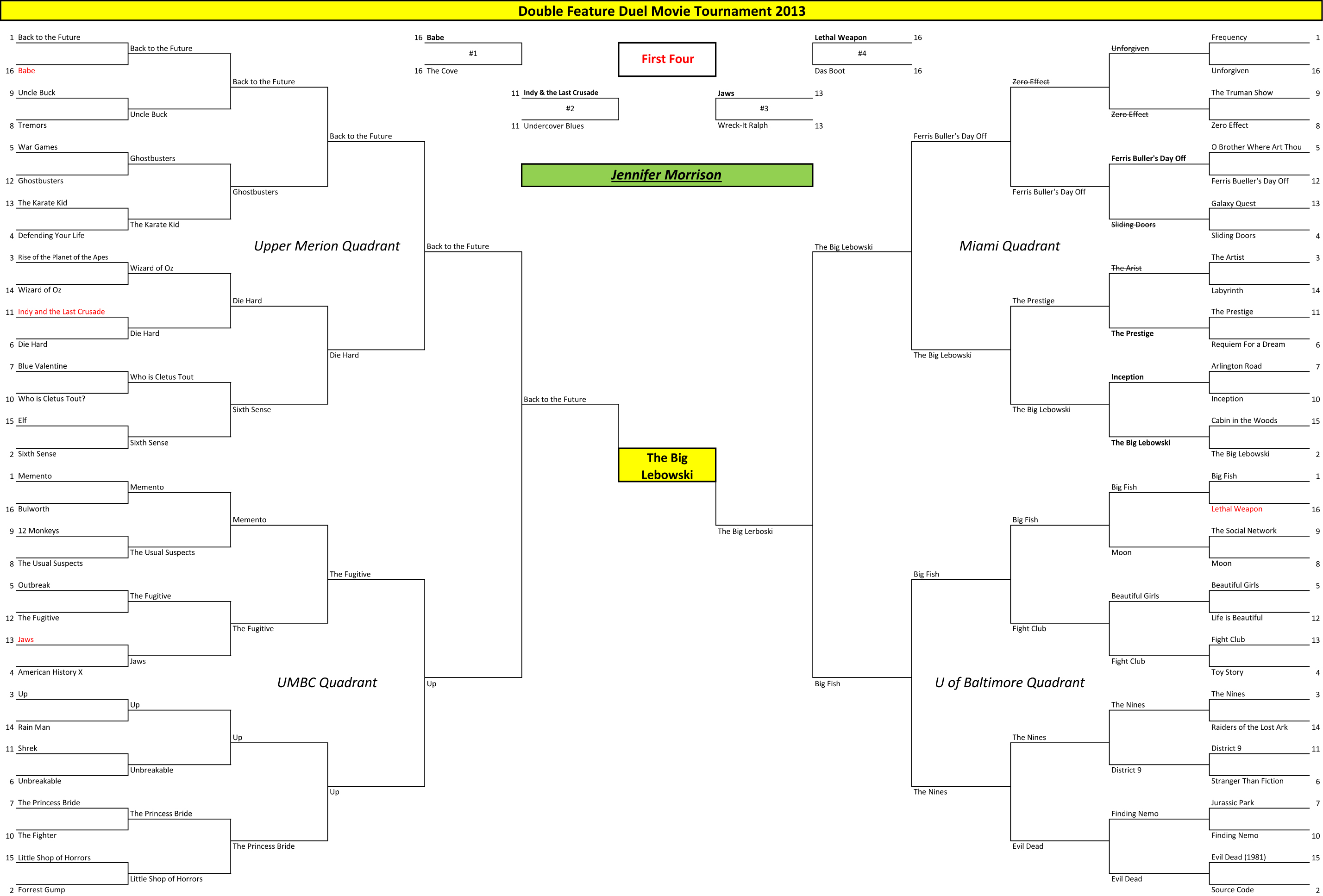 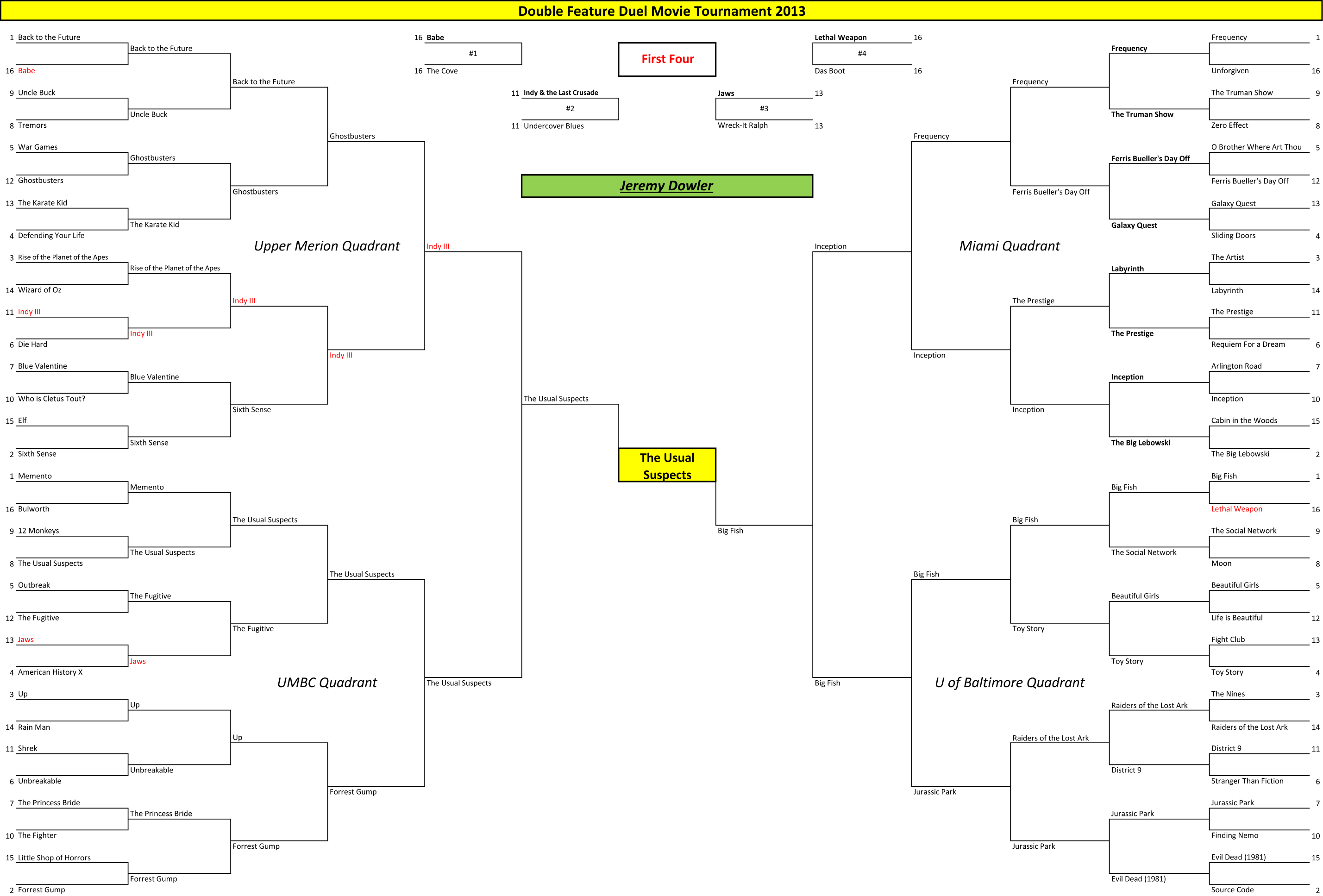 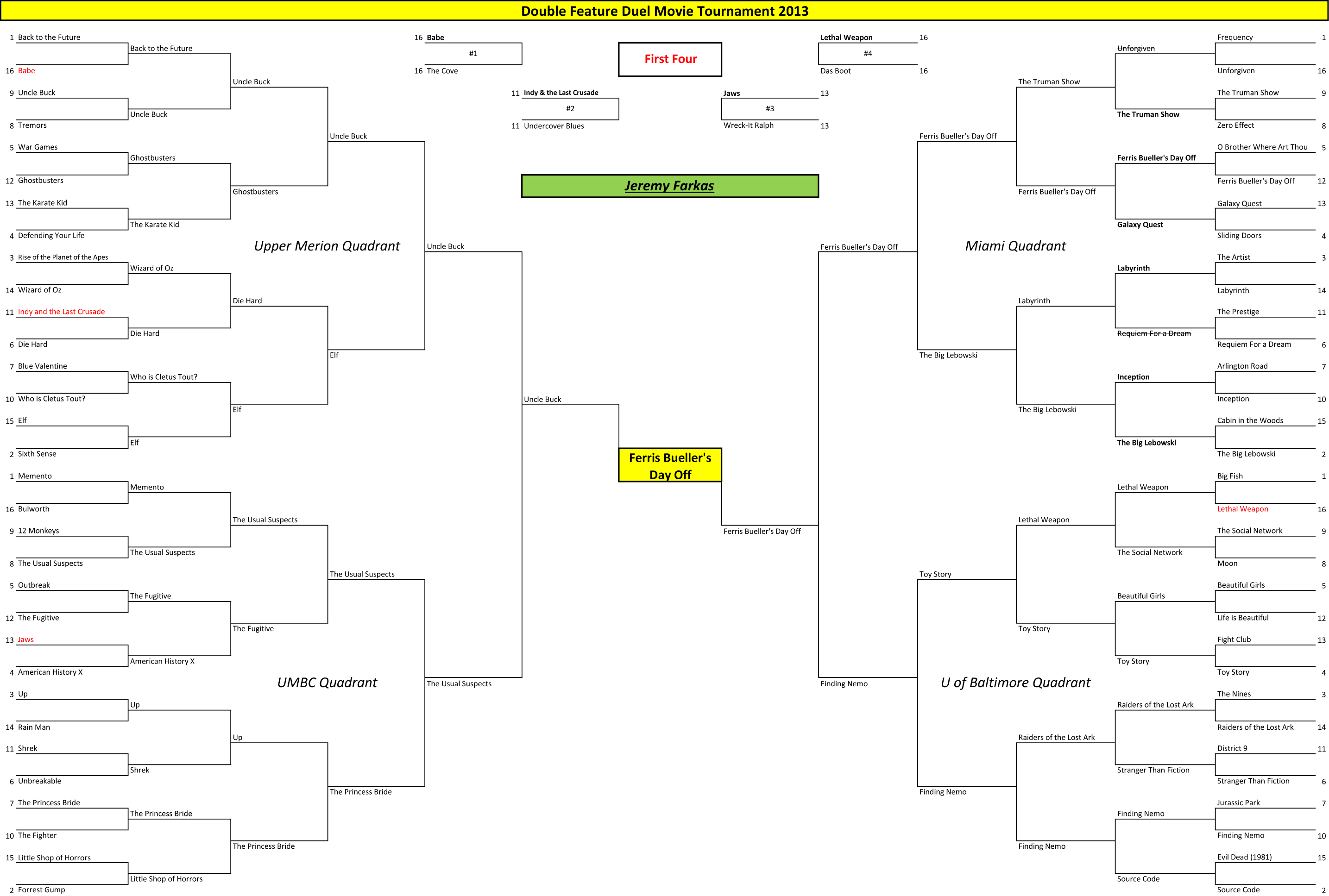 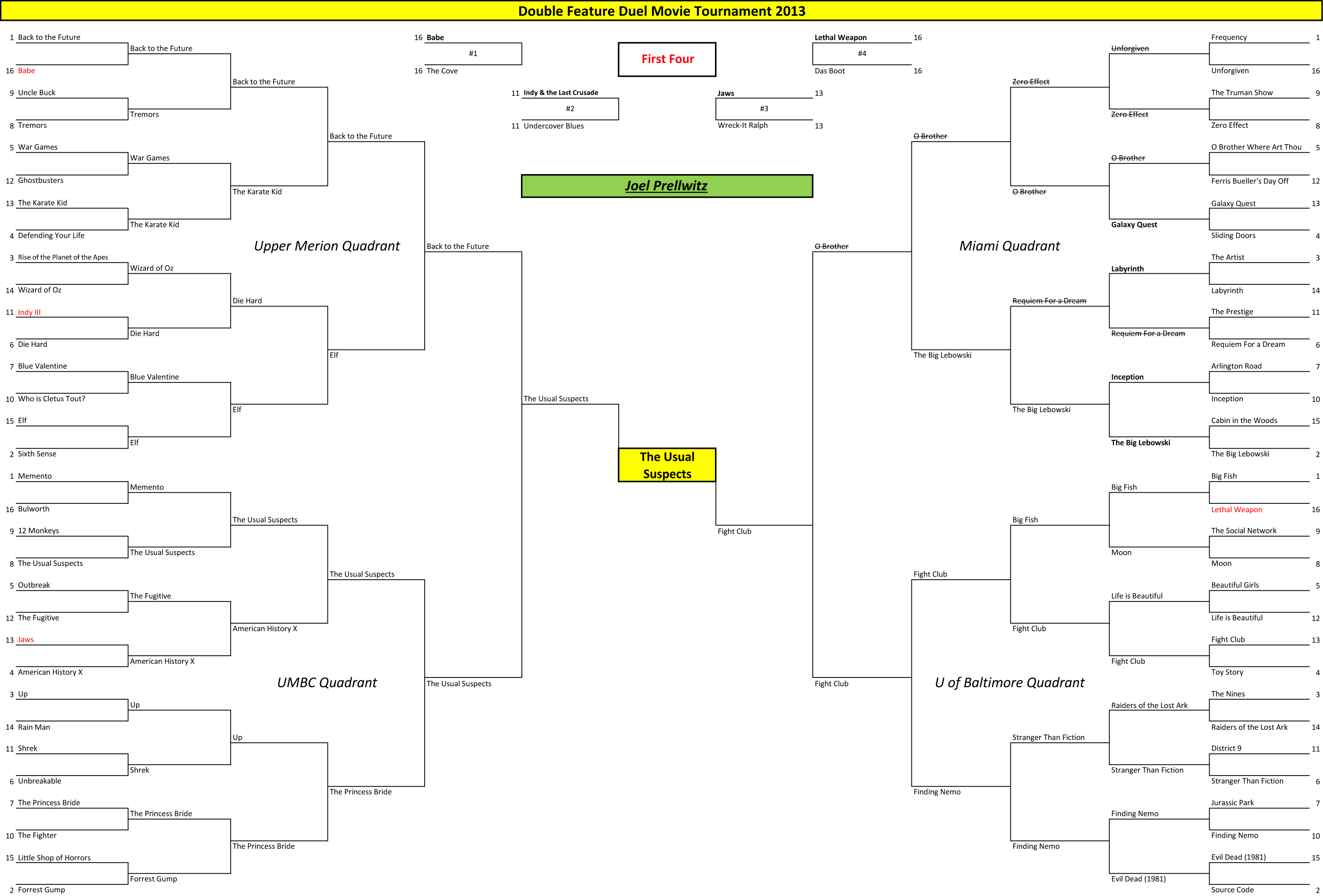 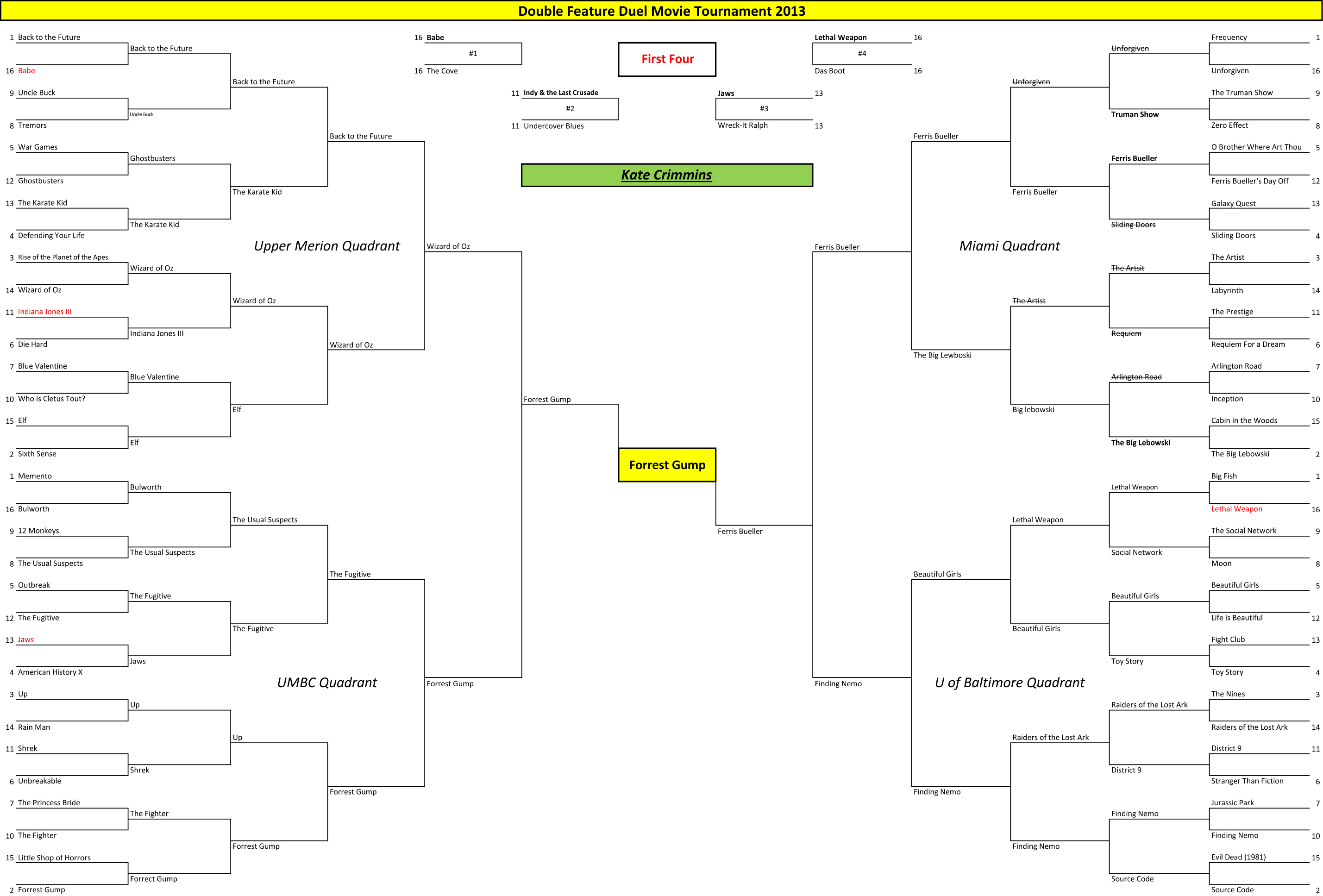 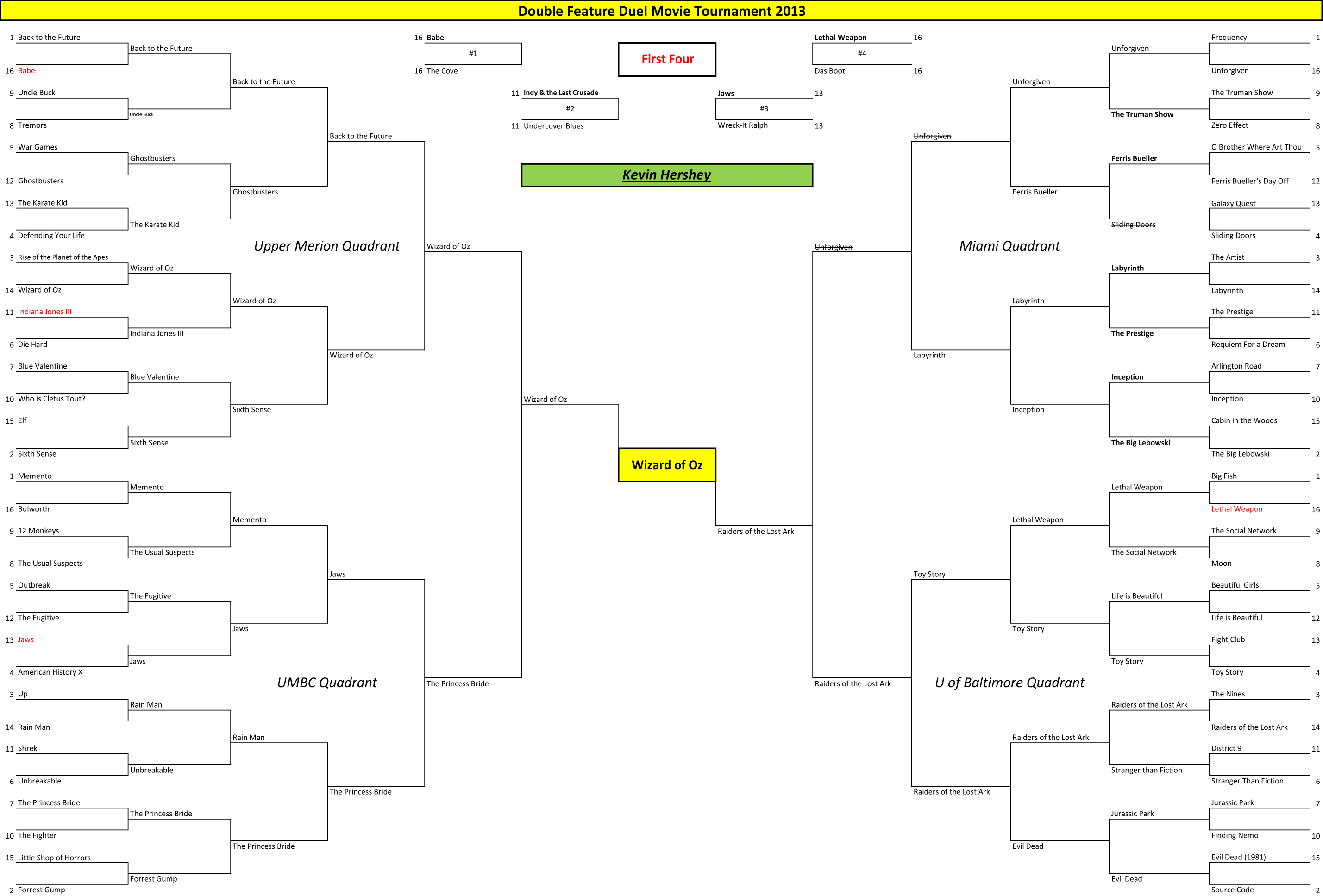 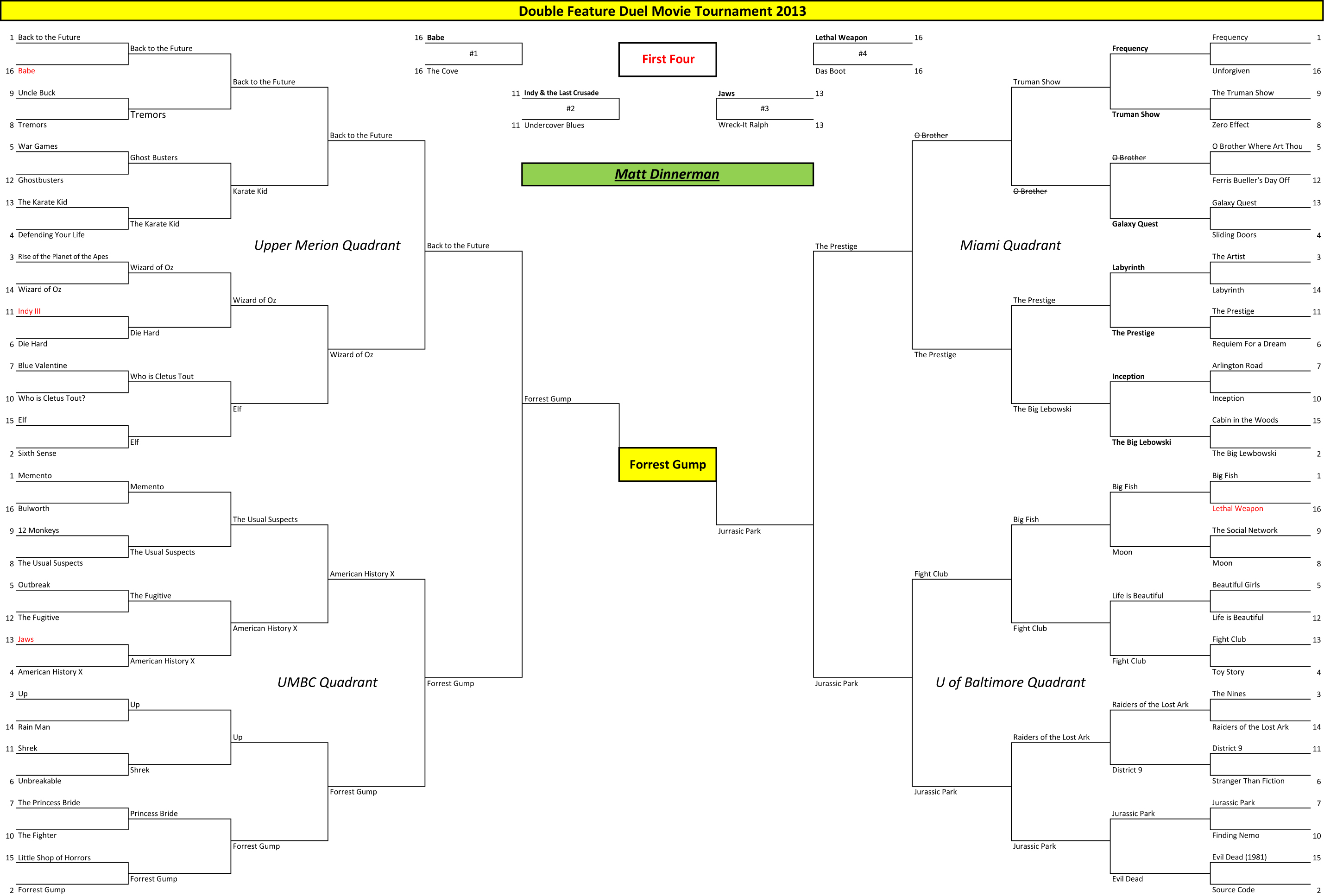 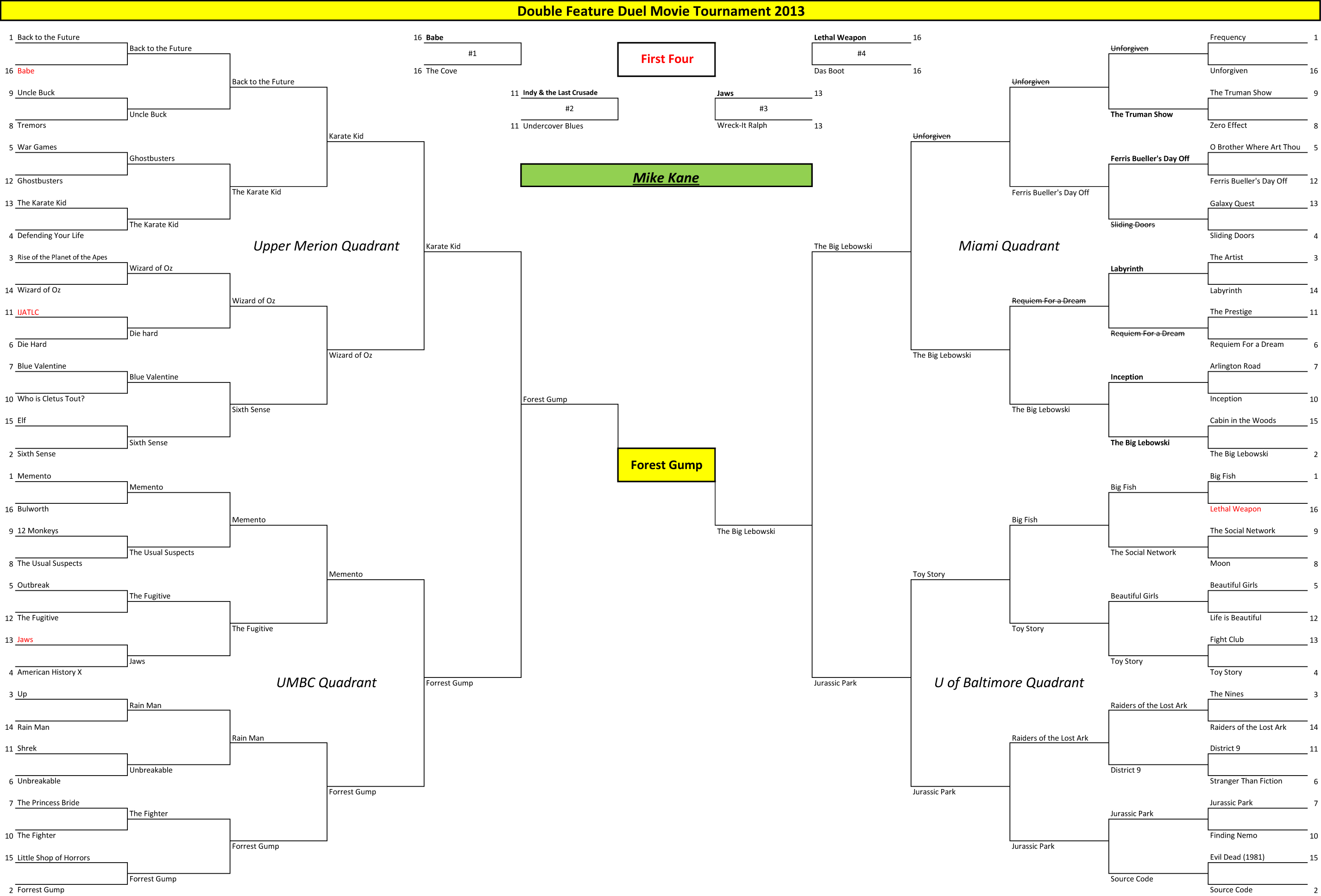 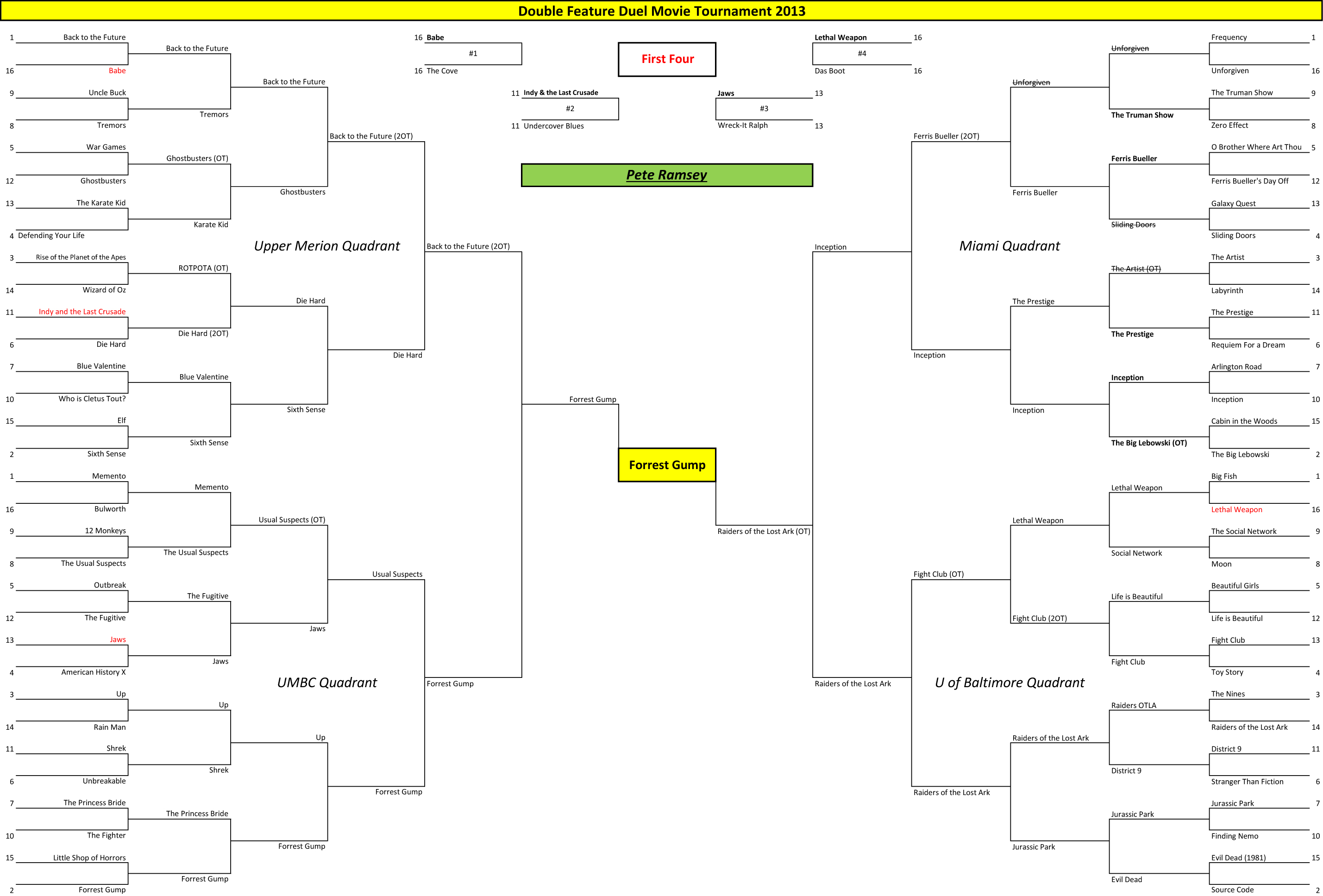 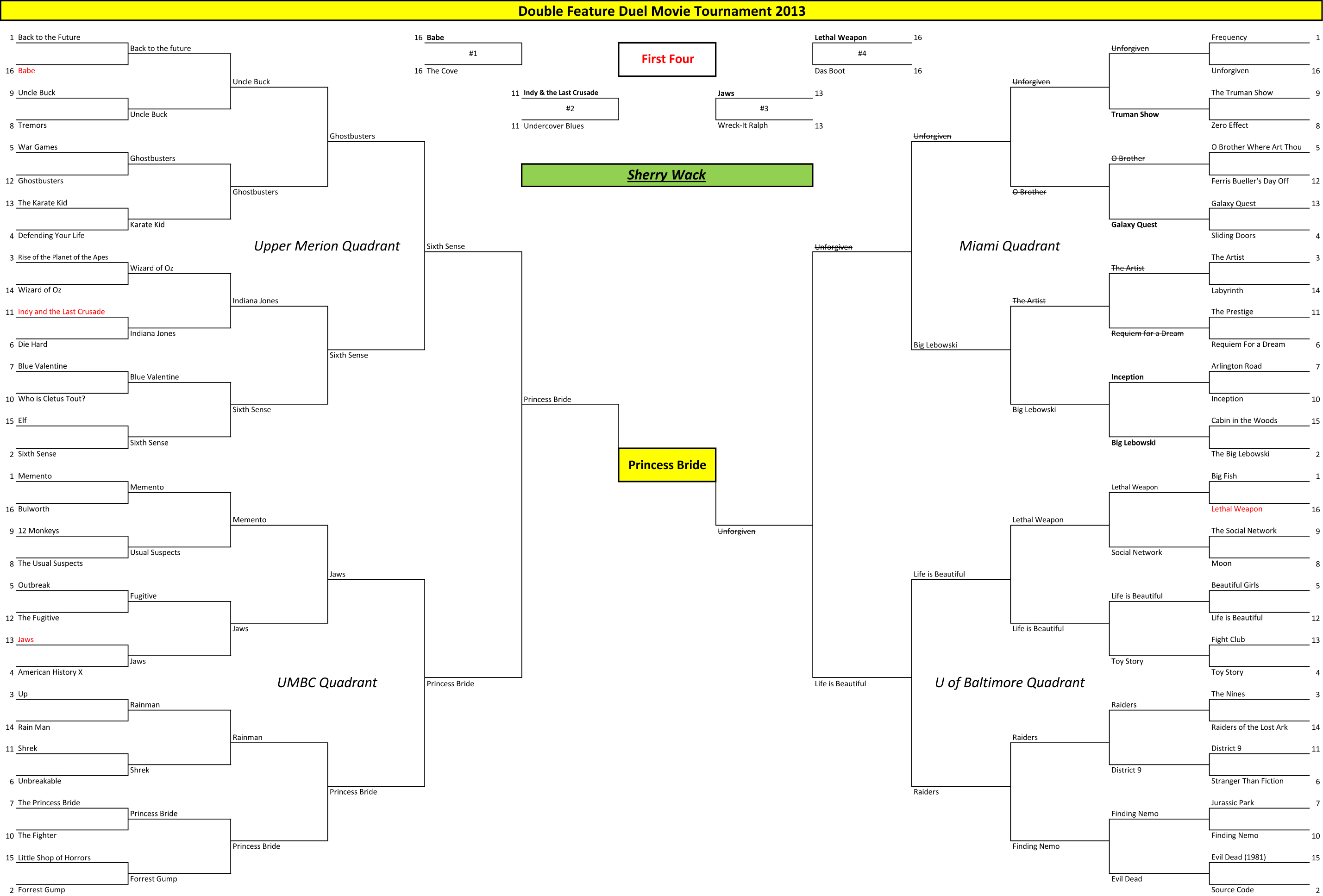 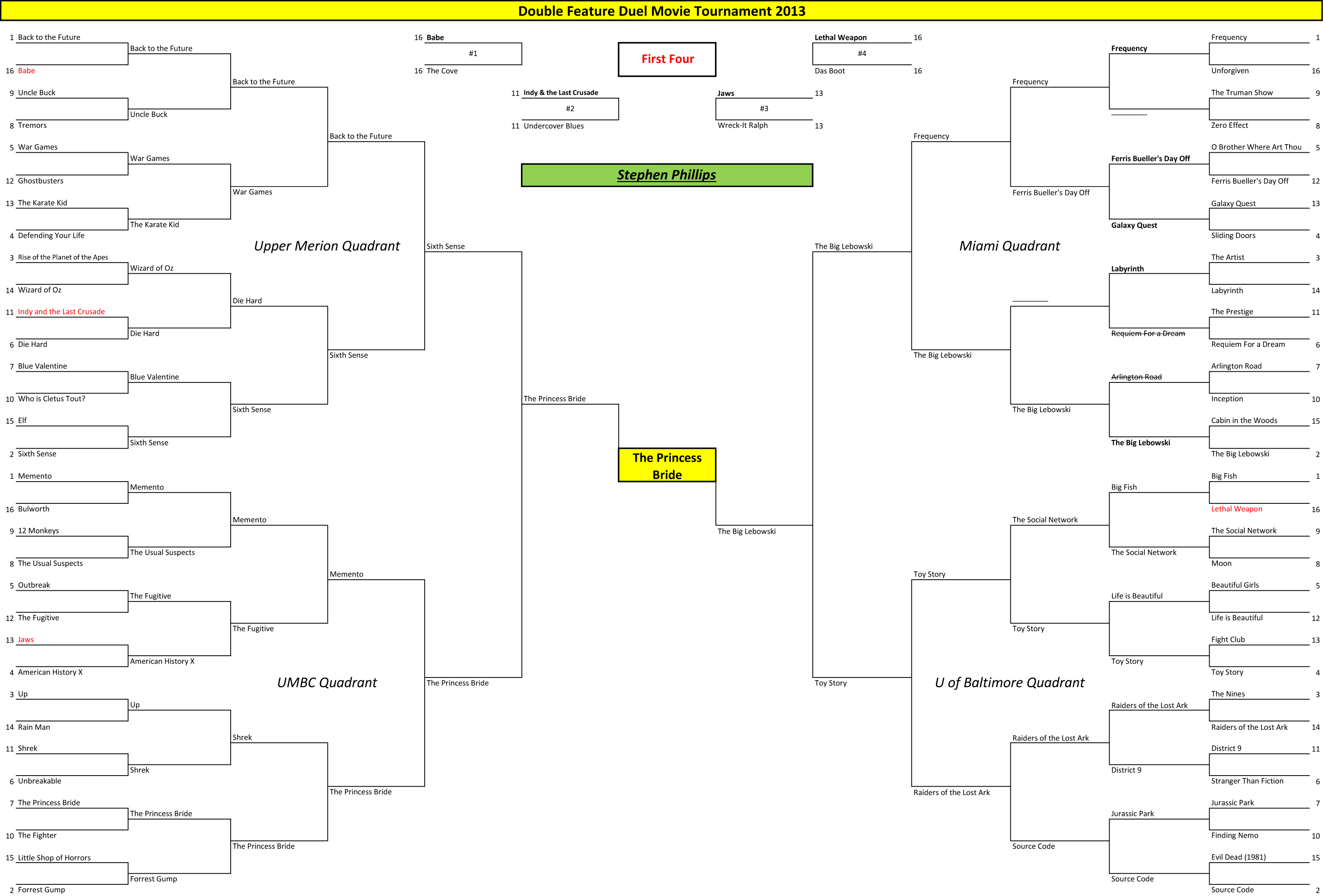 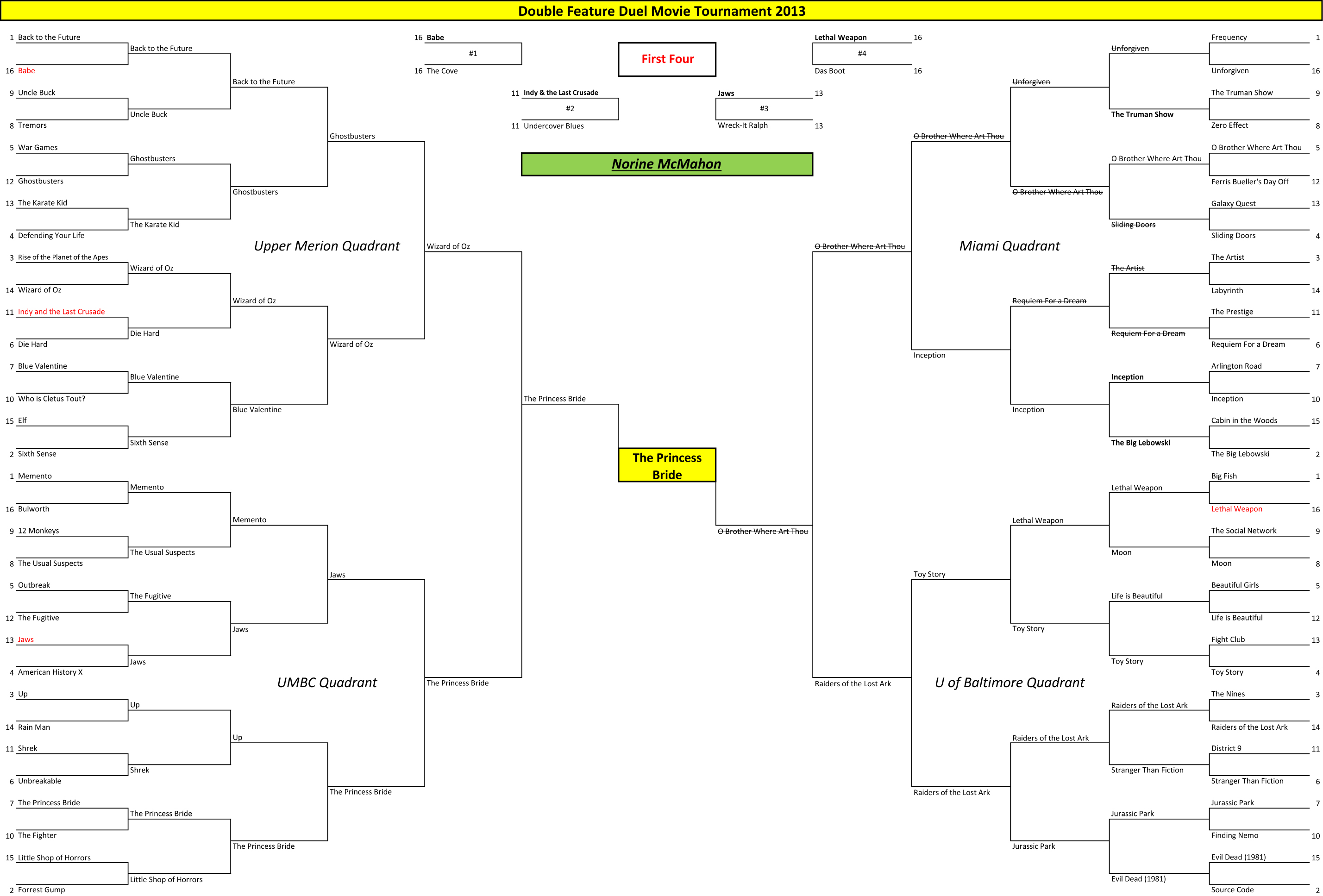 Scoring
Every correctly picked match will get points according to the following round:

For a total of 192 points. Every round is worth a total of 32 points. It’s kinda cool how it works out like that, right?

My goal was to mirror the NCAA men’s basketball tournament as closely as possible with this movie battle. For the overcurious, here’s how I did it.

The Prize
I haven’t publicized this at all, but the winner will get as much creative input into next year’s bracket as he/she wants. Well, we’ll talk. But that’s the idea for now. After all, who wants to keep voting on my favorite movies?