Dear faithful followers of the Quote of the Day blog at http://stillstandingrighthere.blogspot.com/ (Tom and Matt),

It is with much sadness that I say this, but this will be the last post I will write for the Quote of the Day blog. It’s been a great run that inadvertently ignited a passion for writing in me over 17 years ago. But this hasn’t been an actual Quote of the Day in years. I’ve been calling it such out of tradition for years now, much like how Monday Night Football occasionally airs on Thursdays and Saturdays. But they at least still have games on Mondays too. I haven’t had a Monday game since about 2008. It’s time to retire the name and move on and let the QOTD live online in infamy as a project I’ll be forever proud of.

I have created a new website (with a much easier web address to handle) that is more than just a blog with links to my performances, my writings, etc. Something that makes me look more professional than just pointing people to a blog updated every once in a while that only two people read. But there is still a blog, for those of you who were worried (Tom and Matt).

I will continue to upload all the old QOTD emails on the old site until I have all the old QOTDs up from March 3, 2005 through this last post on August 16, 2012. And I will post the QOTD history for all the QOTD Historians among us. It is quite sad to call it quits to the thing that birthed me into writing existence by pure accident, but I’d rather walk away like Lost, which went probably one or two seasons too long than Scrubs, which had such a horribly unceremonious ending that I’m still not sure it’s over.

And so begins a new venture, hopefully with some actual published writing samples to brag about and people who may actually read it. The new site has been fully loaded with all the posts from the old site and each time I update the old QOTD site with an old QOTD post, it will also make its way to the new site. Which begs the question “Why bother?” Well, for the same reason I have over 150 t-shirts in my closet and 200 cassette tapes in my basement. Because I can’t let go. And now, you won’t have to either.

Thanks to everyone who was there from the beginning or the middle or the very end: John Sears for starting us off on the right foot; Laura and Billy for having a very mouth-shaped foot; Mike and Tony for their MVP-type performances year after year; The Keiths for picking up the ball for a few years in there; Tom and Matt for reading the blog in its less-than-prime years, my dad for the Lifetime Achievement Award and everyone else who ever tuned in along the way. You were a part of a project I’m more proud of than I ever thought I’d be about anything. You’ve helped me become who I am as a writer and a person.

Now stop crying and check out the new site: http://dustinrecsports.com/ 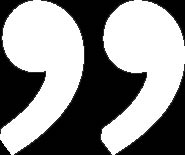