So apparently, Jimmy Johnson is a complete idiot. I’m talking about 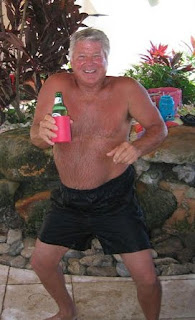 the coach, not the racecar driver, though I don’t imagine it takes a brain surgeon to drive counterclockwise for a living. I never thought that anyone who coached the biggest thug franchise in college football and the biggest thug era of pro football would be the smartest guy in the world, but I didn’t know until a week ago that he was a complete idiot. I was so happy that somebody finally broke out statistics related to Bill Belichick’s decision rather than just cry about their feelings and what everybody else would have probably done. Here are the stats that he gave, though I don’t know exactly where he got his info from.

After the piece he did, I was happy to see logic and numbers introduced. And then, in an amazing feat of idiocy in the face of undeniable proof to the contrary – exposed by he himself with the stats he brought up – he used those numbers to say that Belichick should have punted.

Even if Peyton scored every time from 30 yards out and never from 70 yards away, there was still a 77% chance of that decision succeeding. Again, I won’t even consider blocked punts, punt returns, muffs or fumbles. As long as Brady ran the ball for three plays and then punted in the context of the game, Peyton would have had to go 70 yards (or more) in about 30 seconds. If Brady didn’t get another first down. And this doesn’t even consider how poorly the defense was playing at that point in the game.

Anyway, I’m done talking about this now. I just wish somebody out there in the media was smart enough to point out the fundamental flaws in the rest of the media. God, I can’t wait to get famous.