I should start off by saying that I’m glad that I’m not homeless, because you may get confused later. I pass a lot o 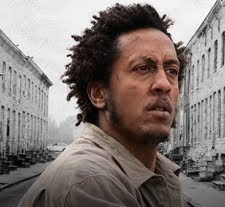 f homeless people in Baltimore on my way to and from work every day. It’s easy to feel sorry for them, especially the ones that are out there day after day. I felt a certain guilt avoiding eye contact on MLK like most chick bartenders do to me every weekend. I even once had to change my CD player off of Man in the Mirror at a stop light because I felt like a hypocrite. But I’ve seen enough episodes of The Wire to know that they’re probably just going to blow it on booze and drugs. So I decided then that if I do give money to the homeless, it will be through a charity (Ed note: total money given to charity so far: $0).

One day, I was on my way back home with a Subway cookie leftover from lunch. I was looking forward to it, but it wasn’t going to break me. There was a beggar wandering down my aisle (Ed note 2: It says something about how many beggars Baltimore has when people call the spaces between cars “aisles”) and I figured this was going to be the day. I’d give him my cookie. And I was going to feel great inside. I had before toyed with the idea of baking this shitty pizza Jen and I hated but had three more of because they were only a buck each, which is probably why they sucked. But that required a lot of foresight and effort. This was easy. And so here he came. I gave him the cookie, still in the bag, completely indiscernible at the time of exchange. And he took it like he was a marathon runner and it was a bottle of water. I didn’t necessarily expect a thank you note or a song of praise, but I think acknowledgement is at least a bare minimum, no matter how down on your luck you may be. And away he went.

I was pissed. Offended, really. I wanted my cookie back from that ungrateful begging fuck. He violated the code. And his sign sucked. And he wasn’t even a regular. Just the right place at the right time to get my awesome cookie. I know they’re not all the same and he shouldn’t be the ambassador of the homeless community to me, but it’s just easier to assume they’re all one organism. Like that group of trees in Utah. And so this one guy with the shitty sign who probably minutes later was trying to sell a chocolate cookie for cocaine, ruined it for everybody. Sorry, skinny lady in the wheelchair. Sorry white dude with the four daughters. I’m baking those pizzas and mailing them to the trees in Utah. I’m more likely to get a thank you note from them. And they probably won’t sell them for coke either.

As I pulled away, I had a thought. I’m probably close to 30 times more in debt than I have possessions. Like if I died and the state sold all my shit and gave that money to Sallie Mae, I’d still need another 29 of all of that crap to split between them and the Bank of America. And that’s a lot of crap. So who the hell do these bums think they are? These people are better off than me. Sure I have a college education, a job and a support unit that would put me up and buy me cocaine so I didn’t have to beg for it. But 30 times? That’s a lot of times the stuff I have. I’m jealous of what these homeless people don’t have. They don’t know how good they don’t have it. I could also probably come up with a much better marketing scheme than those amateurs out there. And it’s their job. If I prepared properly, I’m confident I could make at least more than they do in an average week. Probably more than I do too, if my math is correct. And that’s the money I could give to charity. Our Lady of Saint Sallie, Patron Saint of Unpaid Student Loans.