Review of “Harry Potter and the Deathly Hallows”

OK Harry Potter freaks, buckle your chin straps. This might sting a bit. In the interest of full disclosure, I’m not obsessed with or even very 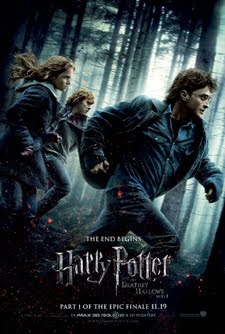 familiar with the series. I haven’t read a single word of any of the books and I have only passively viewed the previous 4 or 5 or 6 or 7 movies. I knew very little about characters or story going into this movie. What I did know was that they decided to split up the last book into two movies and this would only be part one of two (of seven). This shows not only a deserved arrogance, but is also an obvious indication that they’re in it for the money now. “The book was so dense, it couldn’t fit into one movie” is what they’re hiding behind. Really? Because it felt like half of it was the three main characters sitting in a tent whining. So how do I grade this movie? As part one of two? As a sequel in the series? Or as a movie? I have no idea. I guess we’ll find out together.

As someone who doesn’t appreciate the Harry Potter franchise, I needed to find something to grab onto independent of the series to enjoy this film. The special effects were spectacular, but they’re spectacular in every movie now. There needs to be more to keep my attention. And so I turned my attention to the question that is paramount on everyone’s mind. Is the chick old enough to be attracted to yet? And more to the point, is she old enough to admit attraction to? (Ed note: The answer is yes and has been for two movies now. Whew.) 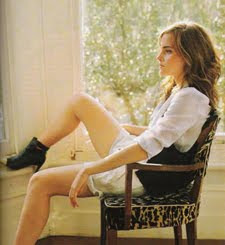 nly thing I really remember was the over-the-top cheesy music and even cheesier grins at the end when there were some bullshit points awarded to the Cheesy Cheesertons team for some bullshit reason when I thought we were going to be in for an honest lesson in Good Guys Don’t Always Finish First. Nope. And I can appreciate the transition to dark, scary Helena Bonham Carter-magic as that fluffy Lite Brite cheese-magic isn’t as cute when you’re 6-foot-tall and covered in acne cream. For that alone, I’ll add a few bugs to the movie’s rating.

But my problem is with the overall lack of rules that govern this Harry Potter world. My magic beats your magic that beats their magic sometimes which beats my magic depending on the vital plot point that needs to be developed in this scene. They can just use terms like “basilisk blood” or theories like “I’m an elf so I can take you through circles of protection” whenever the writers need to create an escape. It’s not a movie for thinking adults in this respect. There are rules in Back to the Future and Frequency, however far-fetched as they might seem, allowing the viewer to reasonably predict an outcome, or at least appreciate it. I remember being proud of myself for finding a scientific inconsistency in Back to the Future II, which I didn’t even hold against the film. Harry Potter solves this problem by not having any rules, enabling them to cause conflict whenever they want and resolve it however they want. No wonder J.K. can write these things so fast.

It’s also hard to get into a movie when you know the end already. The heroes are going to face some sort of challenge and the three of them will win in the end and get praised and all smile ridiculously to cheesy uplifting music. I’ll bet my elder staff on it.

Despite everything I mentioned, I still rather enjoyed the movie. I didn’t fall asleep in the theater, which is a step up from at least one of the previous films. I couldn’t follow most of it and had to constantly ask Jenn what the characters or terms were. Who is the guy without a face? What’s a mogul? Is that redhead chick 18 yet? Because I’m curious, that’s why. I couldn’t really get behind some of the scenes – like when some witch turned into a snake and stole some wand, but I rather enjoyed the scene where the three of them took the form of three adults to break into some magic house. That was fun. Not to mention the animated 5 minute-story of the Three Brothers (Ed note: His two favorite parts were the only two parts of the movie without the actual three main actors in them). I also enjoyed parts of the aforementioned hour and a half of the movie where the three characters were in a tent bitching to each other. The dynamic between the three of them was much better as the movie moved along and I reasonably enjoyed seeing the hot chick get annoyed at the jealous redhead mogul (human).

So what is my final verdict? Well, as a complete stand-alone movie, which is pretty much the only option I had to watch it as, I’ll give it a passing 6 bugs. It probably has the best chance at a positive rating in this entire series because it doesn’t have the benefit of an over-the-top cheesy ending like the other 7 will, since it’s only part one of two. There was some resolution, but not Cheez Whiz-type resolution. Also, I have the fact that Jenn is a big Harry Potter fan working against my desire to lower the score. But since we’re not married yet, I’m not rocking the Hippogryphe. 6 bugs. 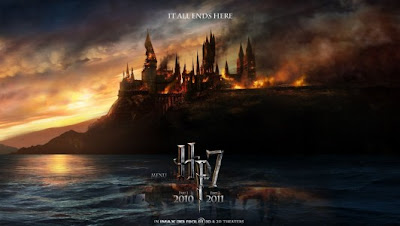