Review of The Dark Knight Rises

I don’t much care for comic book movies in general, but I am a big Chris Nolan fan so I desperately wanted to like this movie. And I did. Barely. 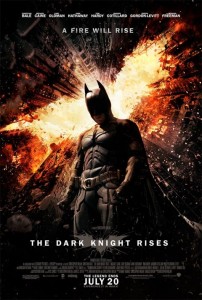 I can appreciate symbolism, and this movie is full of it. I got it. Overcoming adversity, sacrifice, tormented hero, etc. But I am too loyal to writing to ignore plot holes and contrivances, even in a comic book movie. Among those I’m unwilling to ignore:

And I thought for sure the jump Wayne had to make in the prison would have something else to it. Some trick he’d have to figure out. Nope. Just a jump.

By the way, SPOILER ALERT! At some point though, you should just accept that you’re not going to see the movie.

And what was the point of the two hand-to-hand combat scenes with Bane? If you choose instead to pay attention to the background action of the second scene, you’ll be treated to some of the worst fake fighting ever, including the WWE or whatever they have to call themselves now. And it turned out to be very convenient that both sides had equal numbers of people so they could fight one-on-one during the entire ridiculous scene.

The one thing I thought would go horribly wrong with is Anne Hathaway’s portrayal of Catwoman. As it turns out, she was great. All the actors were great, including Joseph Gordon-Levitt who is now in every movie. Oh, and the guy from Married to the Mob is in this for some reason.

All that said, the movie was still good. The opening scene with the plane hijacking, however silly it was to have the doctor’s blood pumped into the other guy’s body as reason for the hijacking, was spectacular. As was every scene with Catwoman. But as a whole, this is my least favorite Nolan movie. Which is on par with being my least favorite Billy Joel song on Glass Houses. 6 bugs (out of 10) because I don’t have the guts to give him less.