Finally. Football. I set aside an entire three hours and cleared Scarface off my DVR to make room for the Eagles/Ravens preseason game. I’m now considering all the other things I could have been doing for the last two and a half hours. 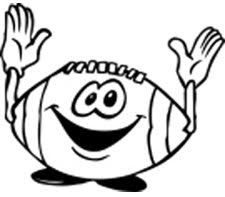 We spent an entire off-season bitching about the lockout and all it really did was mess with our fantasy strategies and make the two weeks of free agency pretty damn exciting. Like the opening scene of Lost. And in this analogy, Jack is every NFL owner, the injured plane crash survivors are the free agents and the island is the new CBA. This analogy works best if you don’t think about it.

Five pre-season games have already been played. Well, 4 ½, but an Arizona/Oakland preseason game barely qualifies as football. Anyway, here’s what I know from the first five hours of the preseason:

· No preseason game is worth deleting Scarface off your DVR.

· There is now a boring five minute interval between touchdowns and the opposing team’s first offensive snap from the 20-yd line. This is a good time to get snacks and pee.

· Ravens/ Eagles – Really good cornerbacks are great to talk about but boring to watch.

· Jaguars/Patriots – The Patriots backups are as prepared as most team’s starters.

· Seahawks/Chargers – It doesn’t matter what time zone he’s in, what color he’s wearing, or who he’s replacing – Tavaris Jackson is not a starting quarterback.

· Broncos/Cowboys – I’d be pissed if I was Brady Quinn.

· Cardinals/Raiders – Fitzgerald’s first reception from Kolb this year was good for 41 yards. This equaled his longest reception ALL OF LAST YEAR. The Cardinals really sucked last year.

Above all, I’m happy to turn on NFL Live and not see Adam Schefter anymore.