The Invention of Lying vs. Harry Potter and the Deathly Hallows Part 2 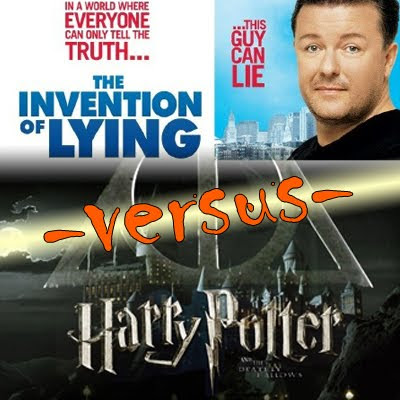 Bout #10: The end of a multi-billion dollar franchise vs. a movie that pulled in just under $19 million. But hey, the Marlins beat the Yankees once upon a time.

The Invention of Lying: In a world where no one has ever told a lie, this man realizes he can. Sounds stupid, right? Well, it is. But it’s also funny. From the first frame to about 25 minutes from the end. Ricky Gervais accidentally and hilariously invents religion, fiction and deceit to get a woman into bed. Then he falls victim to his conscience and a romantic comedy checklist. But the good was good. 6.5 bugs.

Harry Potter and the Deathly Hallows Part 2: My feelings on the Harry Potter franchise have been well documented over the past year. This episode in particular. In summation, I’m sorry, America. 4 bugs.

Better Turn: The moment that Ricky tells his first lie is overhyped by the foreshadowing in the beginning of the movie and again right before that moment. However, Harry Potter turned over a year ago now. (Point, Lying 3-0)

Better Ending: They were both covered in enough cheese to put you on Lipitor, but Harry’s was certainly within the boundaries of the world the movie created. The Invention of Lying seemed to want to make up for its earlier discretions by becoming a feel-good story. Boo. (Point, Harry Potter 3-1)

Better Message: The Harry Potter franchise has beat us over the head with the “hold your loved ones close to your heart” bullshit for 10 years. The Invention of Lying tells you that it’s wrong to deceive for personal gain, be it sex or love. But if you’re the only person in the world with the ability to do something, you have an obligation to society. (Point, Harry Potter 3-2)

Poster: Harry Potter has decided to attack this category with strength in numbers. Good luck to the person who decides to try to narrow their search down to THE ONE OFFICIAL poster. (Point, Harry Potter 4-3)

Watch again: I’m sitting at home and they both come on cable at the same time and they’re the only two channels I can find on my 7,000-channel cable for some reason. I probably go with Harry Potter. Just to make sure I don’t like it (I like to be thorough). (Point, Harry Potter 4-4)

More Creative: Harry Potter worlds remind me of dreams. They are amazingly creative and original and completely believable when you’re in them. But once you wake up and really think about it, it was really stupid. And it would probably make a pretty silly movie. And everybody has dreams just as stupid and silly. (Point, Lying 5-4) 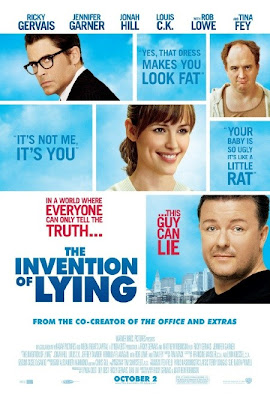