The Nines vs. Cars 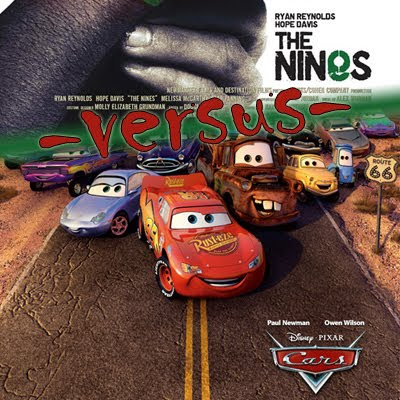 Bout # 12: An awesome movie you’ve probably never heard of is up against a Pixar/Disney/Steve Jobs media powerhouse who have yet to put out a loser in a dozen movies.

The Nines: Shot as three seemingly separate vignettes, the film brings all of the realities together, mostly for better, at the film’s conclusion. It masters misdirection and intrigue and raises interesting perspectives about creators and creations. And it turns out Van Wilder can really act if given the chance. 10 whole entire bugs.

Cars: Pixar can create worlds we just take for reality after about 15 minutes. Cars is of course visually perfect and very funny, but seems to have reached its hand into a bowl full of morals and come up with the wrong one to force upon its viewers. 6.5 bugs.

Title: Props to Pixar for getting a google search for the word “Cars” to point to their movie in the first entry. But The Nines is cunningly vague and part of the conspiracy to provide a little misdirection. Incidentally, a google search for “The Nines” provides a Portland Hotel first. (Point, The Nines 1-0)

Funnier: I’m not a big fan of Larry the Cable Guy. But when disguised as a rusty tow truck with buck teeth, it’s a lot easier pill to swallow. (Point, Cars 1-1)

Better Turn: It’s tough to diagnose a real turn in a three-vignette series. But it’s easy to give away a point in a game where I make up the rules. (Point, The Nines 2-1)

Better Ending: The Nines poses an intriguing question about the nature of creation. Cars serves up a block of extra sharp cheddar cheese without crackers. (Point, The Nines 3-1)

Better Message: How do the beings in our creations – characters in a story, parts of a video game or beings in a world we create – see themselves? This is up against “Don’t build roads.” (Point, The Nines 4-1)

Poster: Cars attacked this by putting every car from the movie in Radiator Springs looking at the camera. It definitely gave the impression these things were real. (Point, Cars 4-2)

Better Acting: Not the category an animated movie wants to see on the brink of elimination. And like I said, Reynolds can actually act. Who knew? (Point, The Nines 5-2)

More Creative: The questions asked and half-answered and the delivery mechanism was pulled off masterfully in The Nines. Pixar has unfortunately raised their own bar too high to appreciate how hard it is to make believe that a car is alive. But the story is really kinda weak. (Point, The Nines 6-2)

Watch again: I want to watch the Nines again right now to try to absorb more of it. Cars just happened to be on TV at a time that I couldn’t get up. (Point, The Nines 7-2)

Overall: This is more about how impressive The Nines is and less about Cars. It just got in the way of a Mack truck of a film that I watched at the right time. Winner: The Nines (7-2) 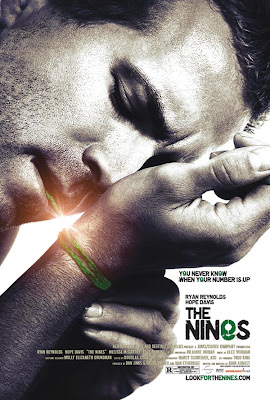