Proper and Improper Uses of the Word “Literally” in Sports History

December 28, 2004 – After a Los Angeles Lakers victory over the Toronto Raptors in which Kobe Bryant scored 48 points and shot 57% from behind the arc, John Anderson said that Bryant “literally carried the team on his back.” 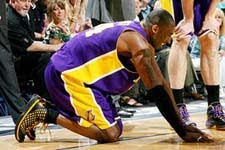 At a team Christmas party earlier that week, Bryant was reading Dr. Seuss’s “The Sneetches” to his daughter. To represent how Sylvester McMonkey McBean was wiping off stars with his Star-OFF machine, Bryant mounted PG Derek Fisher on his back and wiggled him around the room. His daughter was so delighted, that Bryant repeated this with all of his teammates, literally carrying the team on his back. Shaquille O’Neal was a member of the Miami Heat at the time. Diagnosis: proper usage.

March 3, 2004 – In a press conference after an 11-point loss to the New York Knicks, Philadelphia Sixers SG Allen Iverson said he “literally could not buy a bucket today.”

On his way to Madison Square Garden, Iverson stopped by a KFC/Taco Bell and ordered a bucket of Original Recipe chicken. With the KFC credit card machine not working at the time, Iverson was forced to pay in cash. Having been predisposed to not carrying any with him, he could only muster up enough spare change from his seat cushions for the 4-piece meal. He then showed up to MSG and went 2 for 21 from the floor, ending the Sixers’ playoff chances. Diagnosis: proper usage.

November 11, 2003 – In reference to FB Tony Richardson, Trey Wingo stated on NFL Live “this is the guy who literally paves the way for Priest Holmes.” 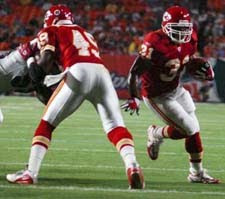 At the time, Richardson was a Pro Bowl fullback whose primary responsibility was to block for Holmes, the league’s leading rusher. It wasn’t until after the 2010 season, when Richardson became part owner of Ground and Pound Concrete, a southern affiliate of Driveways! Driveways! Driveways!, that he found himself in a position to pick up a job for a familiar client in his San Antonio area home. Despite their relationship, Ground and Pound was outbid by Touch Down Masonry and Richardson didn’t get the chance to pave the way for Holmes. Diagnosis: improper usage.

September 21, 2008 – On Sunday NFL Countdown, Mike Ditka called the upcoming game between the 0-2 Cleveland Browns and the 0-1 Baltimore Ravens a “must win for the Cleveland Browns – literally – a must win.” He actually paused to emphasize literally.

The Browns, having already lost a division game to Pittsburgh, would be unable to statistically overcome an 0-3 start to the season with 2 division losses. The Browns lost the game in route to a 4-12 season, missing the playoffs for the sixth straight season, thus proving Ditka’s emphasis on literally undeniably correct. Diagnosis: proper usage.

March 25, 2002 – After a one-point loss to the Denver Nuggets, New York Knicks perennial backup PG Charlie Ward claimed that he “just literally dropped the ball on that one.”

He was speaking in reference to a botched defensive assignment which gave Nick Van Exel an easy go-ahead layup with 3 seconds left in the game. Ward then reminded reporters that he won the Heisman Trophy back in 1993 and went on a very tearful personal confession about regretting certain life decisions for 23 minutes. He did not, however, literally drop a ball. Diagnosis: improper usage.