Double Feature Duel:
The Man Who Wasn’t There vs. Tower Heist 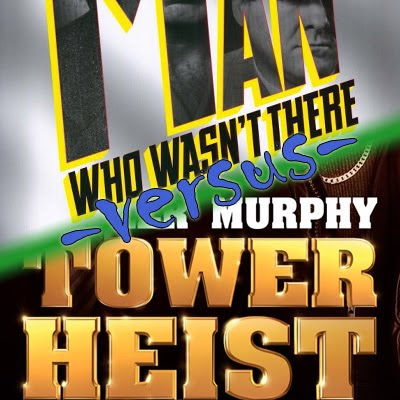 Bout #21: Hit or miss directors the Coen Brothers square off against Ben Stiller’s only character and an Eddie Murphy Beverly Hill Cop reprise.

The Man Who Wasn’t There: Jenn and I sat down to an evening of instant Netflix. It came down to two black and white movies from directors I like. We should have watched Following. The Coen Brothers like to wow us with bizarre story twists involving deaths that you think you might have read about in the doctored Darwin Award finalists back when e-mail was new. Sometimes, it’s best to read about these in a FWD: Funny! e-mail rather than wasting a whole Saturday evening. 4 bugs.

Better Turn: I was still into The Man Who Wasn’t There at the turn, hoping it would get quicker and Thorton’s narration would stop putting me to sleep. James Gandolfini is murdered and Frances McDormand is blamed and doesn’t know her husband knows about the affair and it turns out she’s been cooking the books and anyway, it was better than Tower Heist. (Point, Man Who Wasn’t There 2-1)

Better Ending: Well, story wasn’t exactly Tower Heist’s strong suit. I can appreciate that Ben Stiller went to jail, but it can’t make up for the nonsense that happened before that. Especially the part with the damn car. (Point, Man Who Wasn’t There 3-1)

Better Message: Steal from the rich and give to the victims of poor investment strategies. It’s better than kill your wife’s lover, pin the murder on her and bankrupt yourself on the most expensive lawyer in the world. I guess. (Point, Tower Heist 3-2)

Better Acting: All star talent in both, for sure. Thornton couldn’t have looked more dejected if he were actually watching the movie. But I enjoyed seeing an Eddie Murphy I hadn’t seen since well before Dr. Doolittle and The Nutty Professor. (Point, Tower Heist 3-3)

More Creative: The most creative thing about Tower Heist was the gold being made into a car and hoisted out a window and put into an elevator shaft. And that was ridiculous. (Point, Man Who Wasn’t There 4-3)

Watch again: I would sooner stick dried cat shit in my eye than watch The Man Who Wasn’t There again. (Point, Tower Heist 5-4)

Overall: Well, it’s about time for a real upset. And 3 bugs is pretty substantial. Congrats, Coen Brothers. Apparently, this contest is catered towards your dark, noiry flicks. Winner: The Man Who Wasn’t There (5-4) 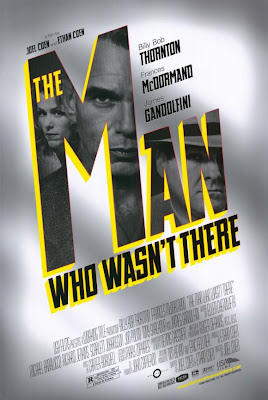