My Yearly Panic Attack: The Twelfth Day of Giftmas 2011 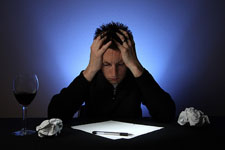 The gifts have been given, the parties have been partied and the cookies are starting to get hard. It’s time to take down the tree and change your facebook picture to something less merry. It’s time to dig up that list of resolutions you said you’d complete by this Saturday and start bargaining with your past self. And it’s time to stop turning the pages in that calendar and throw the empty rind in the trash. For me, that also means it’s time to add a digit to my age. It’s not necessarily more depressing saying “37” than “36,” but it’s still another number that’s higher than the last.
And as much as I like to really hope it isn’t the case, I can’t help feeling bad for myself when I see other people doing the things I want to do. And no, I’m not talking about Snookie. Well, yes I am – but this is a different thing. I saw an innocent enough post from an old friend about him outlining an idea for a story and how he can’t believe that is considered “work.” My best man posted something similar in response. A good friend would have felt happy for his two writing friends. Not me. Not today. I was pissed. How has the world passed up this talent of mine? Suddenly, The Tree of Life made sense. These guys were two of my biggest fans at one time and now they’re out there in the world doing what I want to do. And I know them. They’re real people. What do I have to show for all my years of honing my humor skillz? Just a blog no one reads and a bunch of youtube videos of me doing stand-up at open mics.
Oh yeah. I forgot. I very often forget. I did do something about it. I gave it a try, though a little late and maybe half-assed. But I integrated myself into the stand-up circuit in Cincinnati. And to prove it wasn’t a fluke, I did it again here in DC. And honestly, this dream of writing only recently developed as an off-shoot of that dream. And shit, I’m 16 credits into my graduate degree in Creative Writing. Oh yeah, and I got married last year. And performed in front of 1,000 people at the Lyric and had an award-winning, inspirational show that sold out the Fringe Festival and beyond.
Panic attack deactivated.
Now I just need to use this yearly panic attack for the forces of good. Not to just use all these words to make me feel better about being unproductive. To get off my ass and start doing something. This blog has proven it’s going nowhere, at least not in its current format. Anybody else know that this is the 100th post of this year for the first time ever? Didn’t think so. And happy as I am with everything I just mentioned, I now want more. I want recognition. I want 2,045 twitter followers. I want a paycheck. I want to say “I’m a writer” and mean it. And maybe next year I’ll be able to feel good for John and Mike, who deserve their success for pursuing it. Hopefully I won’t just be blogging about it to no one but my future self. Thanks for reading, whoever you are. May you have a happy and productive 2012.
Double Feature Duel:
Miracle on 34th Street vs. It’s a Wonderful Life 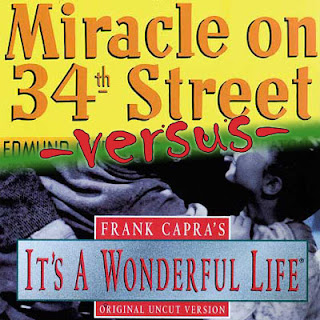 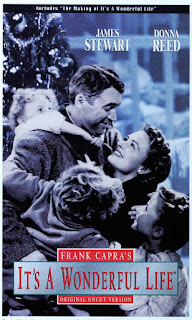 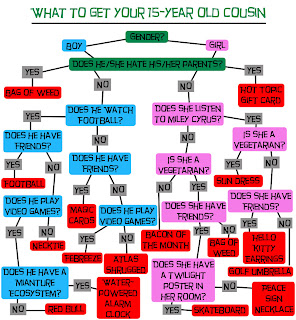 (Ed note: This is based on no research and Quote of the Day Enterprises absolves itself of the ramifications of these gift purchases)
A Giftmas Miracle – Part 2: The Ninth Day of Giftmas 2011

Thank you so much Santa, for giving us the gift of another week of hope. Of all the games that we needed, the most improbable of them was a Redskins victory over the Giants. On any given week, Mark Sanchez can play anywhere from horrible to serviceably well and Tony Romo’s inconsistencies –  especially in December – are very well-documented. But relying on Rex Grossman to win a game against a Giants team that came 4 points away from beating the undefeatable Packers was a tall order. But somehow, you managed to keep hope alive. Now onto the next phase:

It’s pretty simple now, especially after the Detroit comeback. Not easy, but simple. We cannot get the wild card now that two teams in the North (GB and DET) and two teams in the South (NO and ATL) both have at least 9 wins. The only way we can get to the playoffs is through the East. And the only way that can happen is with a three way tie at 8-8. This means PHI needs to win out and have DAL lose out and NYG lose one game. Thankfully, we play each other a couple times so we can take out two birds with one stone. Because if PHI played ATL this week and DAL played SF, we’d need both games to go a certain way. But since we play each other, a PHI win=a DAL loss. One stone. Two birds. Same in week 17 when NYG plays DAL. And all four games are very even or favorable matchups. Four games left. One in 16 chance (again, if flipping coins). And here’s how it shakes out:
Week 16: NYG vs. NYJ, 1:00pm: PHI needs NYJ to win. NYJ favored by 2.5. Home game for NYJ. Also home game for NYG. Giants known for choking away leads in December. Jets known for inconsistent quarterback play. Both these facts are good for the cause. Projected result: NYJ win. 1 in 8 chance.
Week 16: PHI vs. DAL, 4:15pm: PHI needs to win. DAL favored by 1. DAL lost to PHI by 27 earlier this year. DAL not eliminated with loss. PHI will know before game starts if they have a chance. Felix Jones and DeMarco Murray still hurt. Romo famous for sucking in December. Would be very funny if PHI wins. Result: PHI win. 1 in 4 chance and a reason to watch football next week.
Week 17: PHI vs. WAS, 1:00pm: PHI needs to win. Projected line: PHI favored by 11 (projected by me based on very little – not taking bets). WAS has nothing to play for, never does in December. PHI beat WAS easily earlier in year. Rex Grossman still sucks. Result: PHI win. 1 in 2 chance.
Week 17: DAL vs. NYG, 8:20pm (projected flex game): NYG need to win. Projected line: pick em’. By kickoff, NYG will know they’re eliminated, will motivate them more. NYG beat DAL a few weeks ago in closing minutes on blocked field goal. Some BS like that will happen again. Result: NYG win. 1 in 1 chance.
If nothing else, PHI should make the playoffs just because it would be funny. Same with the Chiefs. But that’s a story for another day. And once we get in the playoffs, look out world. We’re playing with house money. Let’s go out and show the world that you can win the Superbowl even with two 4-game losing streaks in the middle of your season. Man, would that piss off a lot of people. Especially, CHI, SEA and ARI who will all have better records than us and be sitting at home watching the playoffs like me. Vince, the Dream Team is back on!
What Your Favorite Holiday Song Says About You:
The Eighth Day of Giftmas 2011
12 Days of Christmas: You enjoy forcing sing-alongs at office parties AND/OR you are very insecure and like to prove your worth to everyone around by showing that you memorized the quantity and activity of all the different random birds, lords and pipers in this song. 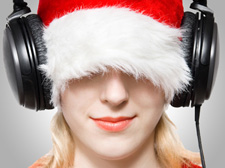 Do They Know it’s Christmas (Band Aid):You pay 55 cents a month to an African foster child AND/OR you were in Peace Corps.
Christmas in Hollis (Run DMC): You were into hip hop back before they were all thugs AND/OR you enjoy seeing Alan Rickman thrown from very tall buildings.
The Hannakuh Song (Adam Sandler): You long for the days of Saturday Night Live with the most dick jokes per minute AND/OR you are Jewish.
Santa Claus is Coming to Town (Bruce Springsteen): You are in your fifties AND/OR you want people to think you’re cool and this is the song you think will make people think that.
All I Want For Christmas Is You (Mariah Carey): You know that Mariah is in the Guinness Book of World Records for singing in 8 different octaves AND/OR you waited in line for opening day of New Year’s Eve just in case.
Feliz Navidad (Jose Feleciano): You eat at least five meals a week at Taco Bell AND/OR you play 20v20 soccer in the dirt without shoes or goalies and call it football.
Grandma Got Run Over by a Reindeer (Elmo and Patsy): You are five AND/OR six.
Hard Candy Christmas (Dolly Parton):You were in a community theater production of The Biggest Little Whorehouse in Texas AND/OR you own stock in Jolly Ranchers.
Christmas Wrapping (The Waitresses):You really love or really hate that cranberry sauce became a part of this tradition somehow, but you’re passionate about it either way AND/OR you think it’s still 1982.